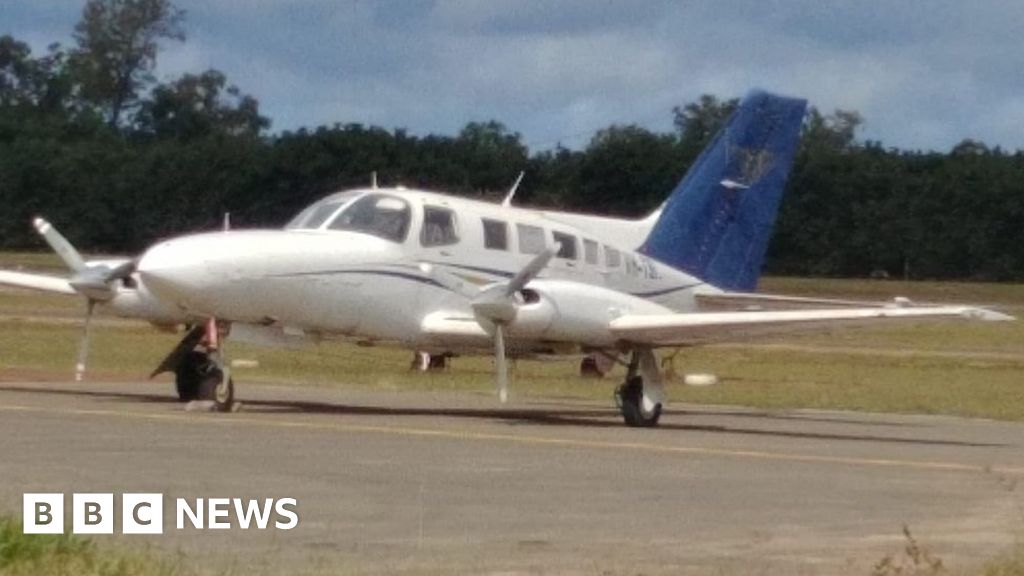 Police say a small plane that crashed shortly after take-off in Papua New Guinea had been overloaded with cocaine destined for the Australian market.

Officers say the “greed” of the drugs gang played a part in their downfall.

Five men, all allegedly members of a Melbourne-based crime syndicate, have been arrested.

In a statement, Australian police said the gang had been under surveillance for two years. The light plane had taken off from Mareeba in North Queensland on Sunday and flew at a low altitude to avoid radar detection before landing at a remote airfield at Papa Lea Lea, north of Port Moresby.

Police say it was then loaded up with drugs for the return flight to Australia.

“The AFP (Australian Federal Police) alleges greed played a significant part in the syndicate’s activities and cannot rule out that the weight of the cocaine had an impact on the plane’s ability to take off,” police said in a statement.

The wreck of the plane was found abandoned and empty a short distance from the airfield. The drugs, in 28 bags, together with an unspecified amount of Australian currency were later retrieved by Australian and Papua New Guinea police.

The pilot – an Australian – handed himself in to the Australian Consulate in Papua New Guinea on Tuesday, police added. He was arrested and has been charged with an immigration offence.

Police said the five men had links to Italian organised crime and were arrested in Queensland and Victoria shortly after the plane took off for Papua New Guinea. If convicted, they face life imprisonment.

“These arrests prove no matter how sophisticated or opportunistic organised crime’s attempts are, or the methods they use, law enforcement is keeping pace and causing maximum damage to these criminal ventures,” AFP Deputy Commissioner Ian McCartney said.