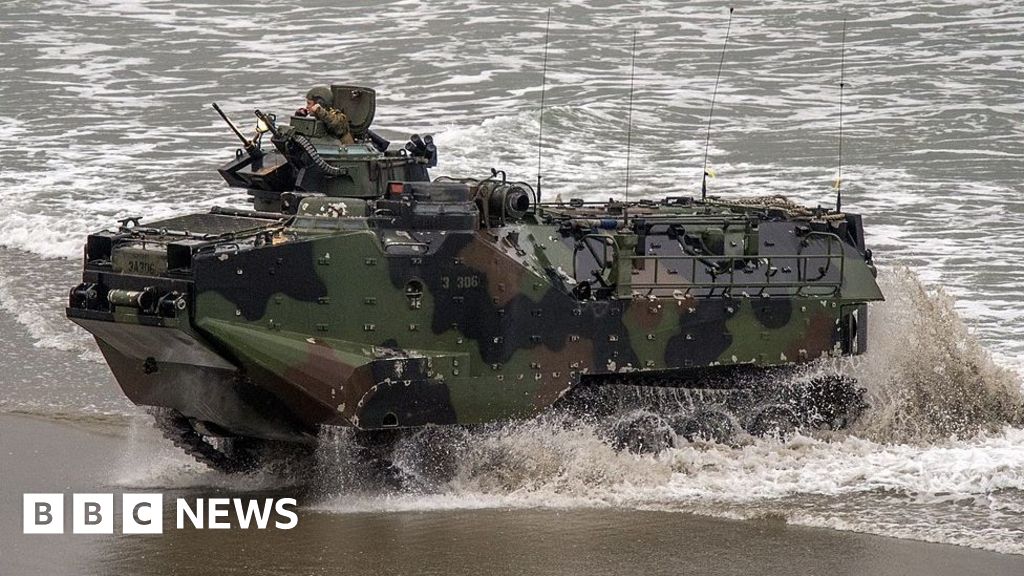 Seven US marines and a sailor, missing since a training accident off the coast of California on Thursday, are presumed dead, the military says.

The announcement came as a 40-hour search and rescue effort was called off.

The service members were on an amphibious assault vehicle (AAV) that sank during the exercise.

Eight other marines were rescued after the accident but one later died. Two others are in a critical condition.

“It is with a heavy heart that I decided to conclude the search and rescue effort,” said Col Christopher Bronzi, commander of the 15th Marine Expeditionary Unit (MEU).

A search operation involved helicopters and ships over an area of more than 1,000 square nautical miles (3,439 sq km), the marines said in a statement.

The AAV had been returning to the amphibious warship USS Somerset after operating on San Clemente Island when it began to take on water and sank, military officials said on Friday.

Col Bronzi said the effort would now shift to one aimed at finding the bodies of the missing.

The 15th MEU, based at Camp Pendleton, near San Diego, has about 2,200 personnel and conducts rapid-response, conventional amphibious and other maritime operations.