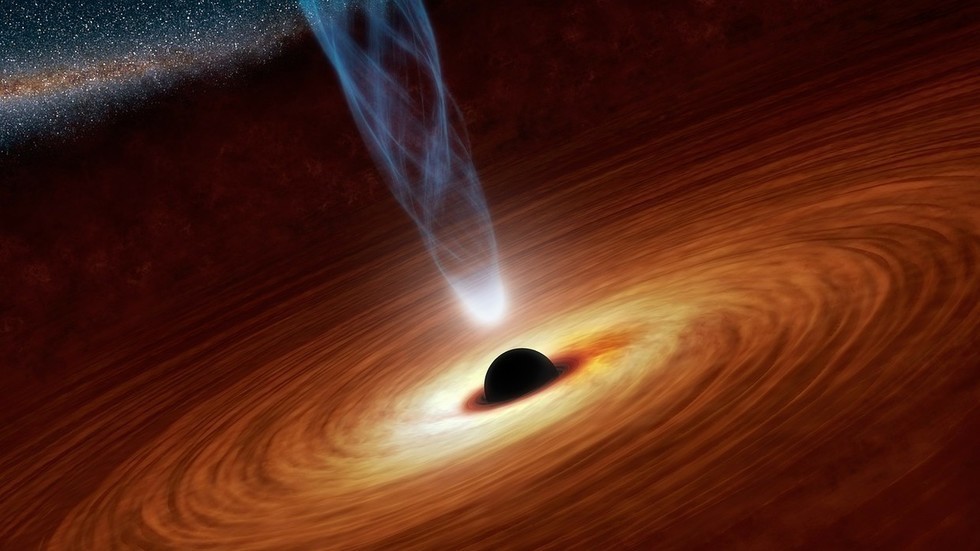 A new study has suggested that “stupendously large” black holes may exist, which harbor the mass of 100 billion suns. The discovery of such an enormous region of spacetime could shed light on the mystery of dark matter.

In the center of most galaxies, there are supermassive black holes with masses that are millions to billions of times that of Earth’s sun. In the heart of our own Milky Way lies Sagittarius A*, which weighs in at about 4.5 million solar masses. The largest black hole ever discovered is TON 618 and it has an incredible mass of 66 billion solar masses.

But what if even bigger black holes are out there? A new study has posited the possible existence of “stupendously large black holes,” or SLABs, which could be the size of 100 billion suns, or bigger.

One burning question about SLABs is how would such a staggeringly enormous region of spacetime ever form? The theory of multiple black holes merging has already been discounted by previous research as they could not have reached supermassive size because the universe simply isn’t old enough.

However, one possible explanation is that the black holes could have primordial origins, dating back to the aftermath of the Big Bang that created the universe. The theory proposes that random fluctuations in density could have pooled enough matter to collapse into black holes, which then served as “seeds” for gigantic SLABs.

The researchers say that the possibility of such massive black holes existing has been the focus of surprisingly little research despite the fact that they could exist in principle and they could help unravel some of the questions about dark matter that have dogged physics for decades.

Dark matter is believed to account for around 80 percent of the matter in the universe, but it has yet to be detected directly. Finding it would finally solve one of science’s most head-scratching mysteries, but for now researchers have had to rely only on studying its gravitational effects on normal matter.

“Some people may be skeptical about the existence of SLABs on the grounds that they would be hard to form,” study co-author Bernard Carr, a theoretical cosmologist at Queen Mary University of London, explained to Space.com.

“However, people were also skeptical about intermediate-mass and supermassive black holes until they were found. We do not know if SLABs exist, but we hope our paper will motivate discussion among the community.”