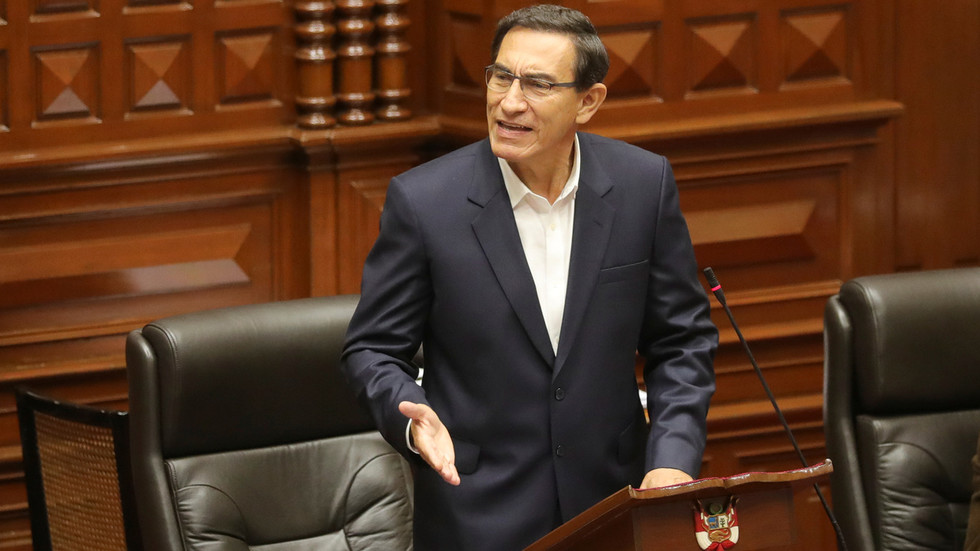 A lengthy 10-hour debate on Friday ended with only 32 legislators voting to push Vizcarra out of office, while 78 voted against. Fifteen lawmakers abstained. The results fell considerably short of a two-thirds majority – 87 votes – needed to remove the president.

The country’s congress began impeachment proceedings last week, accusing Vizcarra of “moral incapacity” over his alleged relationship with a singer who had received questionable government contracts. The entertainer, Richard Cisneros, known as ‘Richard Swing’, was awarded close to $50,000 in suspicious contracts paid out by the Ministry of Culture. Leaked audio recordings purportedly document how Vizcarra and his aides discussed how many times Cisneros had visited the president, as they tried to formulate a defense strategy to push back against the scandal.

Vizcarra has apologized for the political upheaval caused by the tapes, but insists he was never involved in anything illegal.

Although the opposition controls the legislature, there was concern that impeachment would create an unacceptable level of instability in the Andean country, which is still struggling to contain the coronavirus.

“It’s not the moment to proceed with an impeachment which would add even more problems to the tragedy we are living,” lawmaker Francisco Sagasti said.