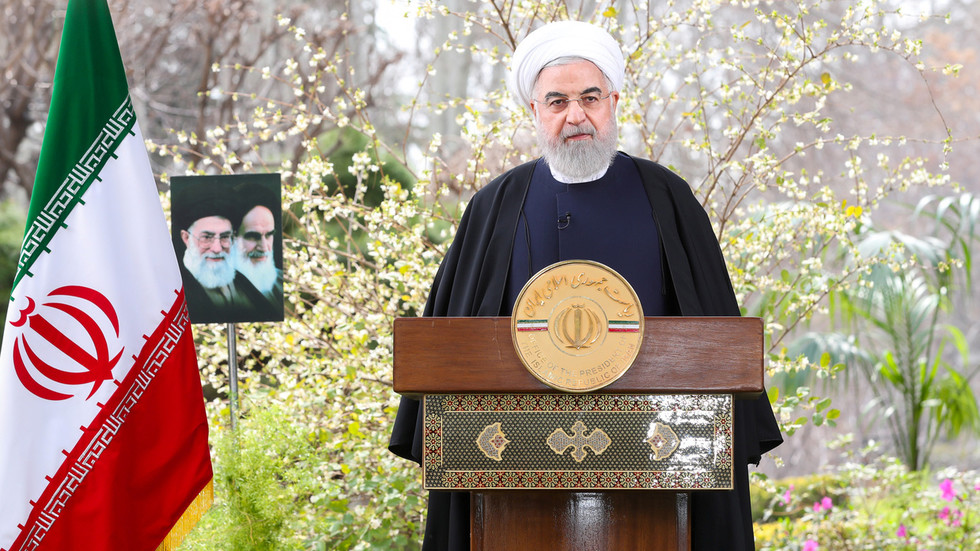 Iranian President Hassan Rouhani has expressed confidence that Washington’s bid to unilaterally reimpose UN sanctions on his country will fail, noting that even US allies oppose the decision.

“America is approaching a certain defeat in its sanctions move … It faced defeat and negative response from the international community. We will never yield to US pressure and Iran will give a crushing response to America’s bullying,” the Iranian leader said on Sunday. The fact that Washington’s European partners have reacted negatively to the unilateral move shows that “American pressure in the political and legal sectors has failed,” he added.

US Secretary of State Mike Pompeo announced on Saturday that international sanctions on Iran are “snapping back,” but even Washington’s closest allies have stated that they will not abandon their commitments under the 2015 Joint Comprehensive Plan of Action (JCPOA), which dropped UN sanctions in exchange for tighter controls on Tehran’s nuclear program. It was signed by China, France, Germany, Iran, the UK and the US, but Washington unilaterally exited the deal in 2018.

The foreign ministers of France, Germany and the UK said in a statement that the US is no longer a signatory of the JCPOA and therefore has no legal authority to trigger the “snapback” sanctions. The ministers stressed that they “have worked tirelessly to preserve the nuclear agreement and remain committed to do so.”

However, Washington appears to have left little room for negotiation. Pompeo said during Saturday’s announcement that any nation that refuses to comply with the unilaterally-imposed sanctions will face “consequences.”

Echoing earlier comments from Iran’s Foreign Minister Mohammad Javad Zarif, Rouhani vowed that Tehran would “never yield to US pressure” and would deliver a “crushing response to America’s bullying.”

Relations between the two countries have plummeted since the Trump administration exited the nuclear deal two years ago. Since then, growing tensions have led to numerous provocations, including the US assassination of Iranian General Qasem Soleimani. Tehran retaliated with missile strikes against several military installations in Iraq that housed US troops.