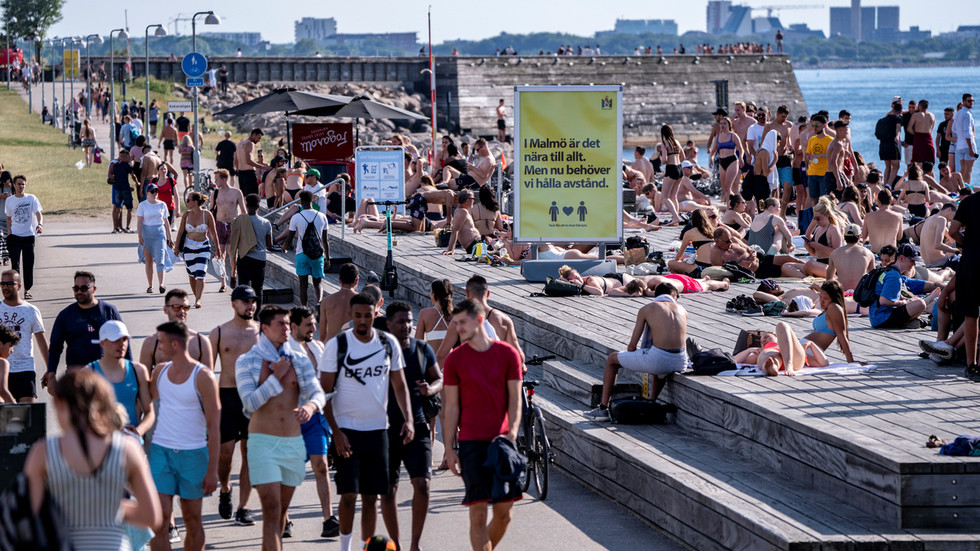 With much of Europe struggling to contain a second wave of coronavirus infections, a Danish professor has claimed that the pandemic “may be finished” in Sweden, thanks to herd immunity.

Sweden recorded 224 cases of Covid-19 on Thursday, a number roughly on par with daily new infections for the last two months. No patients died. However, the situation throughout much of Europe is different. 300,000 new cases were recorded across the continent last week, with the World Health Organization calling the spike in infections a “wake-up call.” Even Sweden’s neighbor, Denmark, saw an average of 61 cases per million people throughout the week, compared to Sweden’s relatively modest 23.

Also on rt.com WHO warns of ‘very serious’ Covid-19 situation in Europe as France breaks own 24-hr record for new virus cases

Kim Sneppen, a professor of biocomplexity at Copenhagen’s Niels Bohr Institute, believes that the Swedes are finally developing ‘herd immunity’ to the deadly virus.

“There are indications that the Swedes have gained an element of immunity to the disease, which, together with everything else they are doing to prevent the infection from spreading, is enough to keep the disease down,” he told Politiken this week.

However, herd immunity was a controversial concept at the outset of the coronavirus pandemic. British Prime Minister Boris Johnson was slammed in the media for suggesting that the UK could take the virus “on the chin,” and suffer a short-term spike in deaths in exchange for herd immunity in the long run.

Also on rt.com PM Johnson warns 2nd wave of coronavirus is coming to UK, says new restrictions may be needed

Sweden was the only European country to embrace this idea, and opted not to implement a lockdown. Gatherings of more than 50 people were banned, and the elderly were told to stay at home. Otherwise masks were not recommended, and bars, restaurants, schools and businesses remained open. Citizens were asked, not ordered, to practice social distancing and work from home if possible.

Denmark, by contrast, was one of the first European countries to impose a lockdown on its citizens. All schools were shut and non-essential workers ordered to stay at home. Gatherings of more than ten people were forbidden, and shopping centers, bars, restaurants, and close-contact businesses like salons and gyms were closed.

These restrictions were lifted in June, but the country has since experienced a surge in new infections. 454 cases of Covid-19 were reported on Friday, the highest daily number since the pandemic began.

Sweden did, however, pay a price for its seemingly longer-term success. At 580, the country’s death toll per million inhabitants is five times higher than Denmark’s 109 — and the death rate was much higher in Sweden in April, May and June than it was in Denmark.

“That is what they have paid. On the positive side, they may now be finished with the epidemic,” Sneppen said.

Nevertheless, Sweden’s fatality rate is still lower than some countries that did implement harsh lockdowns, like Spain and the UK, with 652 and 614 deaths per million respectively.

By the end of May, around half of Sweden’s deaths had occurred in nursing homes, and these fatalities caused an outpouring of public anger earlier this summer. As stories of older patients left to die in these facilities circulated, Prime Minister Stefan Lofven admitted that his government “did not manage to protect the most vulnerable people, the most elderly, despite our best intentions.”

Despite the death toll, Sweden’s chief epidemiologist, Anders Tegnell, told France24 last week that “we are happy with our strategy,” adding: “we are heading into the fall with some confidence.”