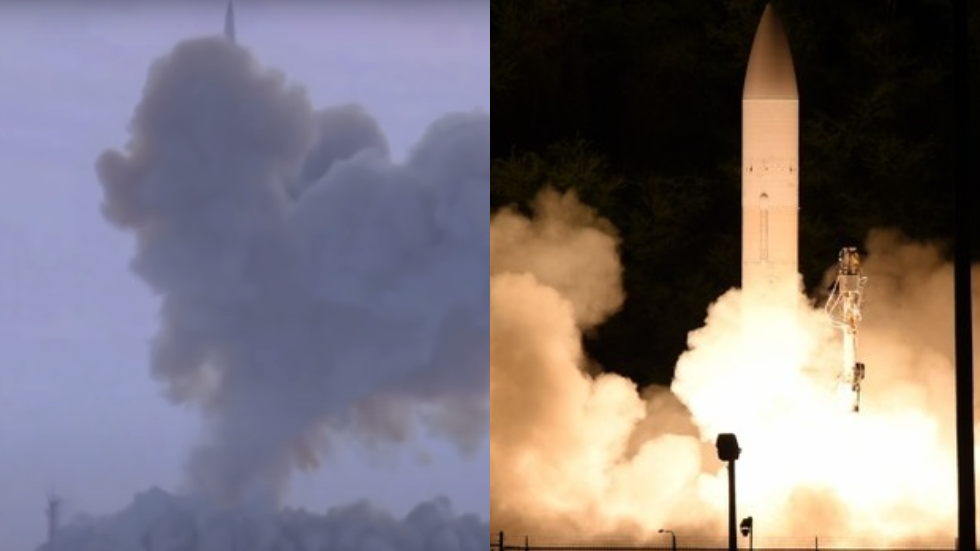 The US has made Russia an offer it hopes she won’t refuse: accept a new arms control deal including no limits on NATO weapons in Europe, or deal with a modernized American nuclear arsenal on its doorstep.

Following the US’ unilateral withdrawal from the Intermediate-Range Nuclear Forces (INF) treaty last year, the 2011 New START treaty remains the only arms control deal in force between Moscow and Washington. However, it’s due to expire in February, and negotiations to replace it remain deadlocked.

Now the US says it wants to extend new START by less than five years, and only by a memorandum of intent, rather than a binding treaty, according to Marshall Billingslea, US Special Presidential Envoy for Arms Control, who spoke with the Russian daily Kommersant on Sunday.

However, when it comes to hammering out a new deal, Washington has some demands. The first of these demands is that China be made a party to the deal. Russia has no opposition to this in theory, but insists that if China be rolled in, so too should Britain and France.

“We think it is necessary to specifically mention China,” Billingsea told Kommersant. “Our position is that when speaking about a future treaty, we should keep in mind a tripartite treaty.” Billingsea added that Washington will keep the UK and France out of the deal, as neither are “actively developing and deploying” nukes on the same scale as China. Beijing, for its part, has refused to join such a treaty.

Russia has also pushed the US to scale back its nuclear arsenal in Europe, but Billingsea said that this is a no-go. “We are certainly ready to talk with Russia about NATO and about our nuclear deterrence guarantees,” he said. “But we will not remove nuclear weapons from any of the storage sites.”

Further sticking points include the issue of tactical missiles, which Russian officials have refused to discuss in the past, and Russian inspection of American tactical weapons. On this second point, Billingsea said that the US is “certainly ready to discuss” this with Moscow.

Should Moscow refuse the current demands, Billingsea issued a warning: “If Russia does not accept…then after Trump is re-elected, the ‘entrance fee,’ as we say in the United States, will increase.”

He then upped the ante further, stating that if an agreement is not reached by February, the US will abandon the treaty entirely and press ahead with modernizing its nuclear arsenal. “Russia has largely completed its modernization of its nuclear arsenal,” he said. “We are just starting ours. And we will be extremely happy to continue it without the START restrictions.”

Russia’s modernization program, ironically, came about after previous arms control treaties were abandoned by the US. Russia has been an early pioneer in the development of hypersonic weapons, which were built after the US withdrew from the 1972 Anti-Ballistic Missile Treaty in 2002 and rushed to deploy ballistic missile shields in Europe.

“We had to create these weapons in response to the US deployment of a strategic missile defense system, which in the future would be capable of virtually neutralizing, zeroing out all our nuclear potential,” Russian President Vladimir Putin said in an interview this week.

Also on rt.com US quitting ABM pact forced Moscow to turn to advanced hypersonic systems & now it has weapons no one else does – Putin

Likewise, President Donald Trump’s withdrawal last year from the 1987 INF treaty removed a key brake on the historic US/Russia arms race, opening Europe up to medium-range Russian missiles, and Russia up to previously-banned American weapons, which Washington didn’t hesitate to test. Trump’s pullout from the treaty, coupled with the fresh tests, left the world “just one step away from an uncontrolled arms race,” Dmitry Polyanskiy, Russia’s deputy ambassador to the UN, said at the time.

While the Kremlin has yet to comment on Billingsea’s offer, a Russian senator called it “outrageous,” suggesting that it won’t go down well in Moscow. “One doesn’t act this way if one wants to achieve actual results,” Senator Oleg Morozov from the foreign affairs committee of Russia’s upper house said in response. “It’s like saying ‘give me your gun and the gun of your neighbor or I’ll shoot you in the head.’”

Morozov reiterated that Moscow is interested in nuclear nonproliferation, but advised Washinton to change its tone.