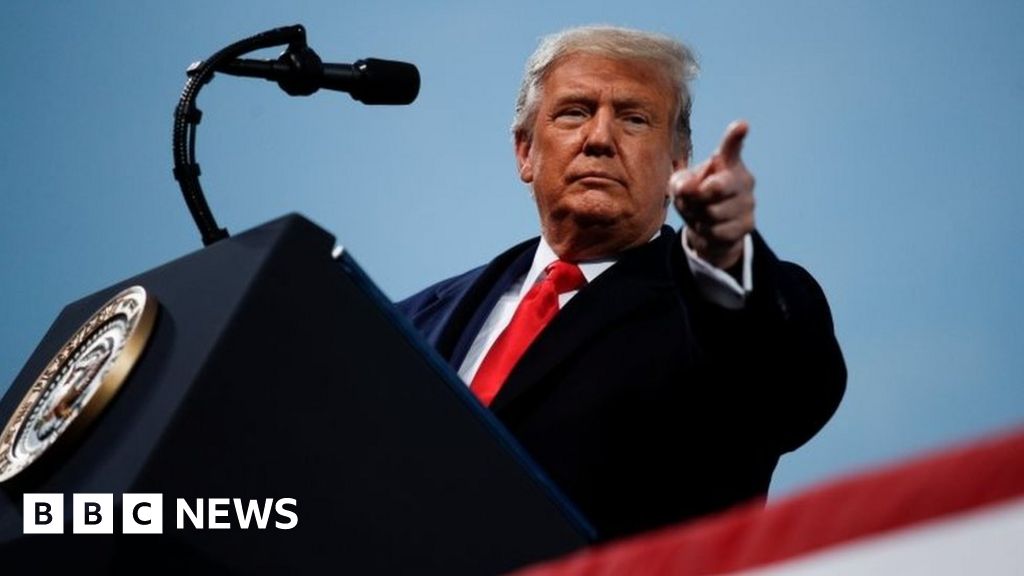 US President Donald Trump bragged about his record on appointing judges, calling them “golden nuggets”, according to new audio of interviews with American journalist Bob Woodward.

Mr Trump made the comments in several of 18 interviews with Mr Woodward, one of the most revered US journalists.

In another, he boasted about nominating two Supreme Court judges.

“You know, you have presidents that never got to appoint a Supreme Court judge. I’ve appointed two in three years,” Trump said in a March interview with Mr Woodward, best known for his reporting on the Watergate scandal in the 1970s.

On Sunday, CNN and the Washington Post released audio clips of interviews that were not featured in Mr Woodward’s new book about Mr Trump’s presidency, Rage.

The audio revealed remarks by Mr Trump that have gained new significance following the death of long-standing Supreme Court Justice Ruth Bader Ginsburg at 87 on Friday.

Her death has triggered an explosive political row over the nomination of her successor on the court, which often has the final say on some of the country’s most divisive legal matters.

The balance between judges seen as conservative or liberal on the nine-member court is crucial to its rulings. Currently, conservative justices outnumber liberals ones five to three.

President Trump has said he will next week nominate a woman to replace Ginsburg, a liberal justice and feminist icon who served for 27 years on the court.

But Democrats, including Mr Trump’s challenger in this November’s presidential election, Joe Biden, have urged Republicans to delay a vote in the Senate, which confirms the nomination.

They argue that the nominee should be decided by whoever wins the election. Republicans disagree, arguing President Trump has the right to nominate a candidate.

What did Trump say about judges?

Mr Trump told Mr Woodward in December last year that he and Mr McConnell had “broken every record” on judicial appointments.

Mr Trump has nominated 216 federal judges during his first term – a high number by historical standards – but, according to CNN, former presidents have appointed a higher percentage of the overall number of federal judges.

Mr McConnell has pushed the Senate to approve Mr Trump’s nominations, tilting the US judiciary in a conservative direction.

“You know what Mitch’s biggest thing is in the whole world? His judges,” Mr Trump told Woodward in the interview. “He will absolutely ask me, please let’s get the judge approved instead of 10 ambassadors.”

Should the vote to nominate a new Supreme Court justice go ahead before November’s election, Mr McConnell could have a decisive role.

Speaking to Mr Woodward in May, Mr Trump talked about the judicial vacancies he inherited from President Barack Obama, describing them as “golden nuggets”.

Given Mr Trump’s record on appointing judges, Mr Woodward joked that “maybe they’ll put a statue of you outside the Supreme Court”.

“Oh, what a good idea,” Trump said, appearing to take the suggestion seriously. “I think I’ll have it erected tomorrow. What a great idea. I’ll think I’ll use it.”

In January, Mr Woodward asked Mr Trump if he shared the concerns of Republican Senator Lindsey Graham, who said the judiciary was becoming too partisan.

Mr Woodward’s book was published on 15 September. In it, he gave a damning assessment of Mr Trump’s presidency, concluding he was “the wrong man for the job”.

The journalist quoted Mr Trump as saying he knew Covid-19 was deadlier than the flu before the disease hit the US, but wanted to play down the crisis.

The president – who is running for re-election in November – said Mr Woodward’s book was “a political hit job”.