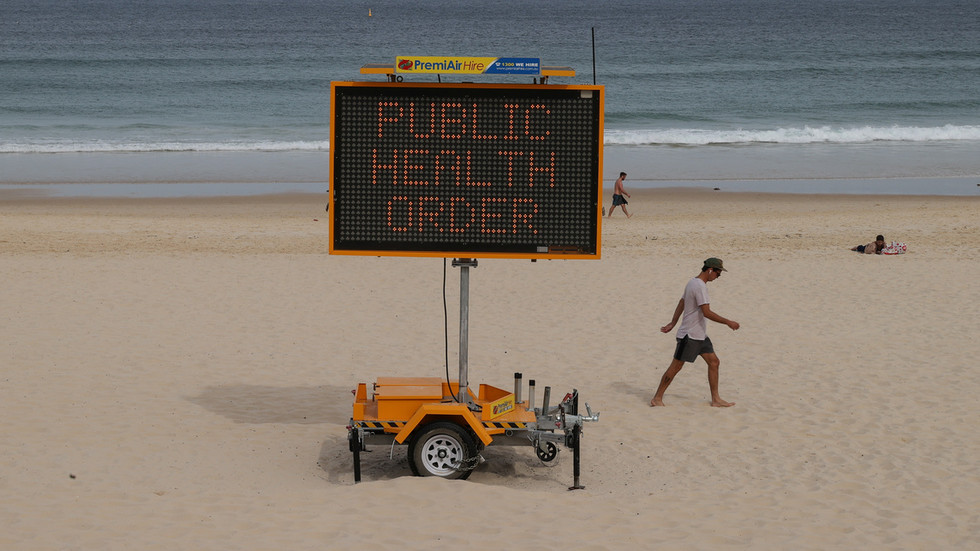 A proposal allowing police to preemptively lock up those they believe “might” violate coronavirus lockdown measures has gone before the Victoria state parliament, with many fearing it opens the door to unprecedented abuses.

If passed, the law would allow police to indefinitely detain any Victoria resident who either tests positive for Covid-19 or is a close contact of someone who has, as long as the officer believes they are “likely to refuse or fail to comply” with quarantine regulations. The state’s parliament began hearings on Thursday but has not issued a public decision as of Friday.

Even more ominously, the law would allow the state’s departmental secretary to appoint any public servant they consider “appropriate” to also exercise the new pre-crime detention powers, based solely on the secretary’s personal judgment.

The legislation extends many of Victoria’s emergency provisions until next April, meaning the police (and their newly appointed civilian cronies) would retain their “pre-crime” powers even if the pandemic used to justify them is long gone.

Mentally ill, drug-addicted, or homeless Victoria residents can also be confined in hotels for two weeks as a precaution under the proposed law. Several news reports suggest the bill will allow police to preemptively detain “conspiracy theorists” – and while that term is not actually spelled out in the text itself, “wrongthink” social media postings have already been used by Victoria police as a rationale for detaining otherwise-innocent Australians.

Pregnant mother-of-two Zoe Lee Buhler was arrested in her home earlier this month for “incitement” after she posted on Facebook about a protest in the small town of Ballarat, despite specifying the demonstration would be nonviolent and adhere to all mask-wearing and social distancing regulations. Video of her arrest, which went viral, shows her pleading with cops to be allowed to delete the post rather than be hauled off in cuffs in front of her two young children.

While Buhler has demanded an apology from Victoria Premier Daniel Andrews, he defended his officers’ actions, while admitting he hadn’t actually seen the video of her arrest. Protests across the state have grown in number despite heavy-handed police repression, with Andrews’ political opposition emboldened by the uprising of anti-lockdown sentiment.

Victoria’s lockdown is already the most intense outside the measures imposed in Wuhan, China in the early days of the pandemic. Police have been given permission to enter homes without a warrant, and Melbourne residents are under a strict curfew.

Also on rt.com Australia’s totalitarian-style lockdown has set a precedent other countries may be tempted to follow

As civil rights group Liberty Victoria has pointed out, police have already been given unprecedented powers to detain citizens under existing coronavirus regulations, and there is no opportunity for Victorians to challenge the arbitrary judgment that they are a “high-risk person.” Unlike a person accused of a crime, who can at least challenge their accuser in a court of law, those detained under pandemic emergency measures have no recourse to a higher authority, the group said.

Victoria has reported 750 deaths from the coronavirus since February, a tally which appears to have increased much more rapidly in recent weeks than it did during the first several months of the pandemic. Despite the relatively low numbers compared to other countries around the world, a six-month extension to the pandemic state of emergency passed earlier this month, much to the dismay of many business owners.