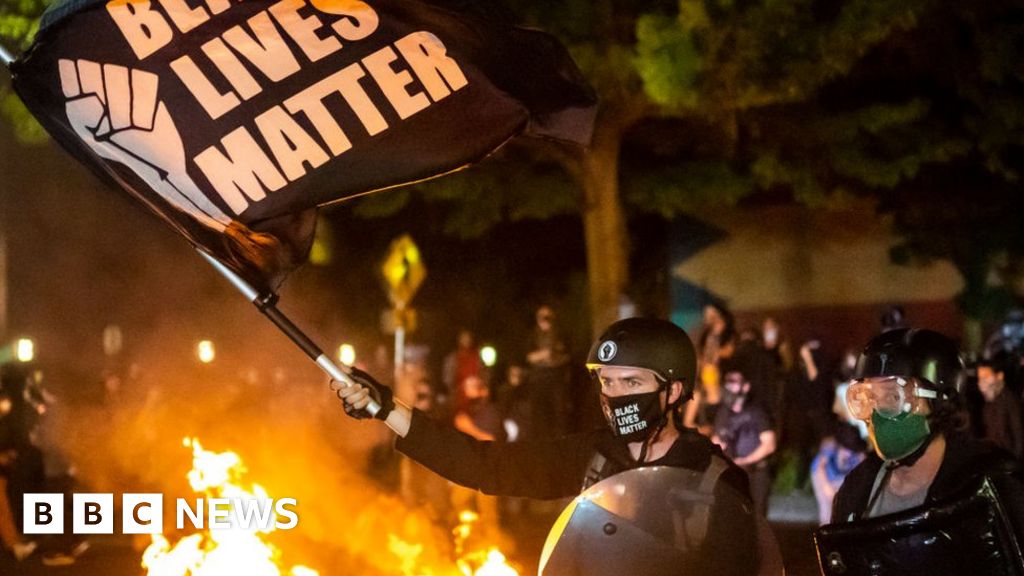 The Trump administration has named three cities that are slated to lose federal funding after the White House accused them of tolerating crime.

New York City, Portland and Seattle are on the list of “anarchist cities” that Trump officials say have failed to stem crime linked to a summer of protests.

It follows a memo from Mr Trump earlier this month, threatening the move.

The mayors of the cities have threatened to sue, calling Mr Trump’s move a political stunt.

A statement from the Justice Department laid out recent crime rates in the cities and how their police responded.

“We cannot allow federal tax dollars to be wasted when the safety of the citizenry hangs in the balance,” Attorney General William Barr said in the statement.

He also called on Portland, Seattle and New York City to “reverse course and become serious about performing the basic function of government and start protecting their own citizens”.

All three cities have seen major protests since the death of unarmed black man George Floyd in May.

It remains unclear what federal funding may be cut from the cities. T

Violent crimes have generally declined in US cities since the 1990s, but have risen steeply in the past year in several cities including Philadelphia, Chicago and New York.