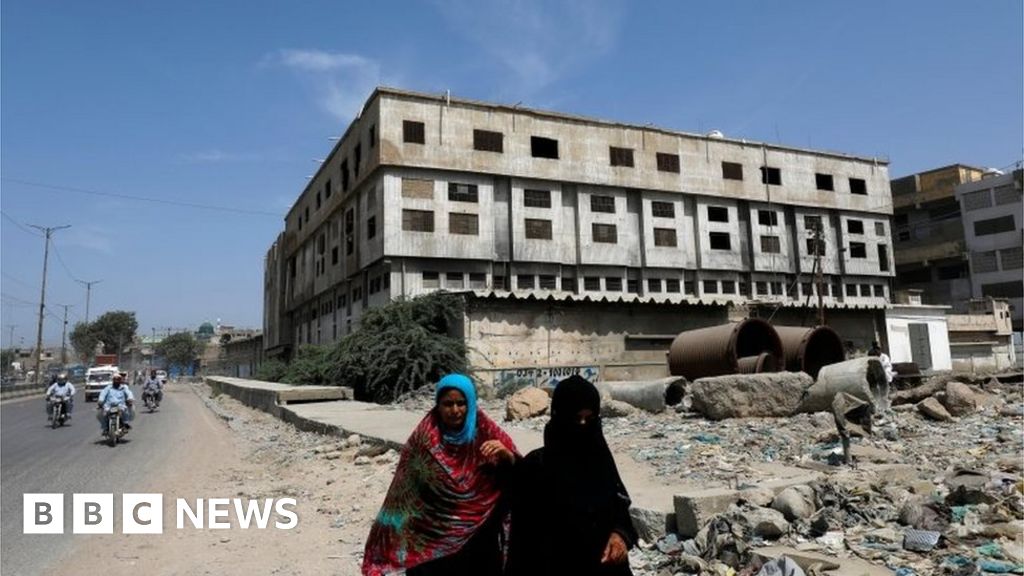 A court in Karachi has sentenced two men to death for arson after finding them guilty of starting Pakistan’s deadliest industrial fire, which killed some 260 people in 2012.

The men were found to have set a garment factory ablaze because its owners had not paid extortion money.

They were affiliated with the MQM party, which was in power in the city at the time, the court said.

Hundreds were trapped inside the building which had no fire exits.

No date has been set for the hanging of Abdul Rehman and Zubair Charya, the MQM workers who were convicted.

Some 40 firefighting vehicles tackled the blaze in the country’s commercial capital in September 2012.

More than 24 hours after the inferno began rescuers were still battling to reach the dead and injured inside.

Many workers jumped from the upper floors. Others could not because of metal grilles on the windows.

People trapped inside the building frantically rang their friends and relatives as flames engulfed it.

The Ali Enterprises factory in the Baldia town area of Karachi was mobbed by shouting and sobbing relatives as rescuers pulled out body after body.