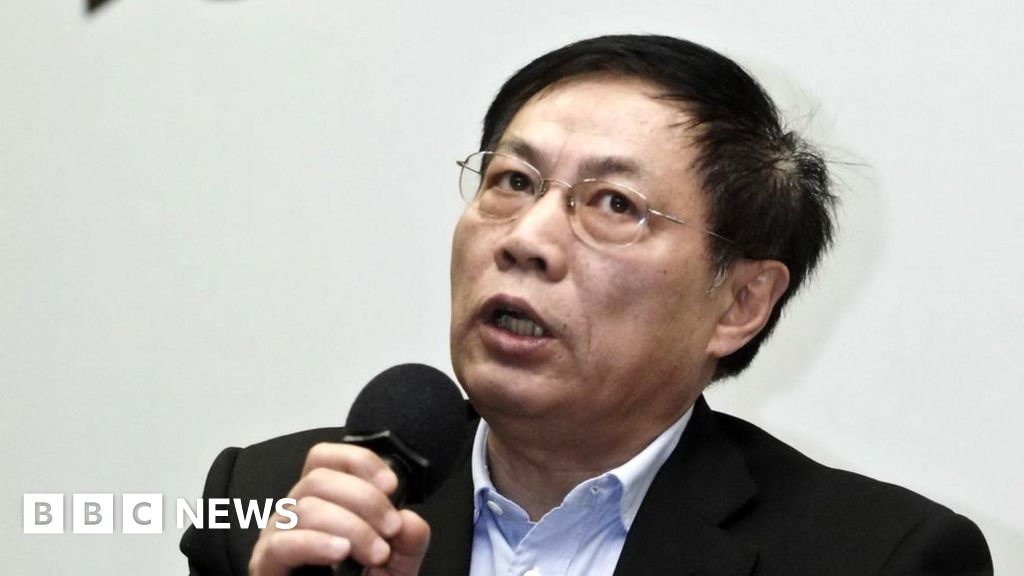 A former real estate tycoon and an outspoken critic of China’s President Xi Jinping has been sentenced to 18 years in jail on charges of corruption.

Ren went missing in March this year shortly after writing an essay said to be critical of President Xi.

Although it did not directly name President Xi, it was widely believed to be about him.

He is said to have “voluntarily” confessed to all charges and will not appeal against the decision.

The former chairman of the Hua Yuan Property Company was not merely a business tycoon. The son of a ministry official, he was also known to have close ties with senior party leaders and was in a position from which his criticisms of the party would be particularly potent.

Rights groups have consistently accused China of using corruption charges as a way to clamp down on dissent.

Ren’s sharply critical essay had been about Beijing’s handling of the virus outbreak, and came after a televised speech by President Xi.

He did not directly refer to Mr Xi in his essay, but according to a report in the China Digital Times, said: “I too am curiously and conscientiously studying [the] speech… what I saw …[was] not an emperor standing there exhibiting his ‘new clothes’, but a clown who stripped naked and insisted on continuing being emperor.”

Shortly after the essay was published, it was announced that Ren had been put under investigation for “suspected serious disciplinary violations”.

Beijing later announced that he had been expelled from the Communist Party.

If you have not lived in China recently it might be hard to imagine just how much of a line you are crossing when you publicly criticise Xi Jinping.

Attacking the government is one thing but a pretty obvious reference to Xi as a “clown stripped naked who still wants to be the emperor” would have shocked those who saw the essay.

The rule of Xi Jinping has, at times, reached something approaching Mao-era deification.

Mr Xi’s belt and road initiative, his poverty alleviation goals are all described as nothing short of brilliant.

He is never judged adversely on any subject.

What makes Ren Zhiqiang’s challenges worse is that, for the Party elite, this is coming from one of their own.

As former chairman of a huge state-owned property developer, he mixed in their circles.

This was not to be tolerated. Any hint of cracks emerging at the top of China’s governance structure are to be removed immediately.

It’s easy to do this using the courts because the judiciary is at one with the Communist Party.

Ren would have known there was no point resisting – given the prosecution’s almost perfect conviction rate – so he perhaps thought he might as well confess to the lot in the hope of a nicer cell or who knows what in return?

This is not the first time Ren, who has been nicknamed “Ren Cannon” for his outspokenness, has had a run in with authorities.

In 2016, China shut down his microblogging accounts after he criticised President Xi.

He had written a Weibo blog that state media was funded by taxpayers and should therefore serve the people instead of the Communist Party.

His post was later criticised by state media, with one referring to him as having “anti-Communist Party” thoughts.