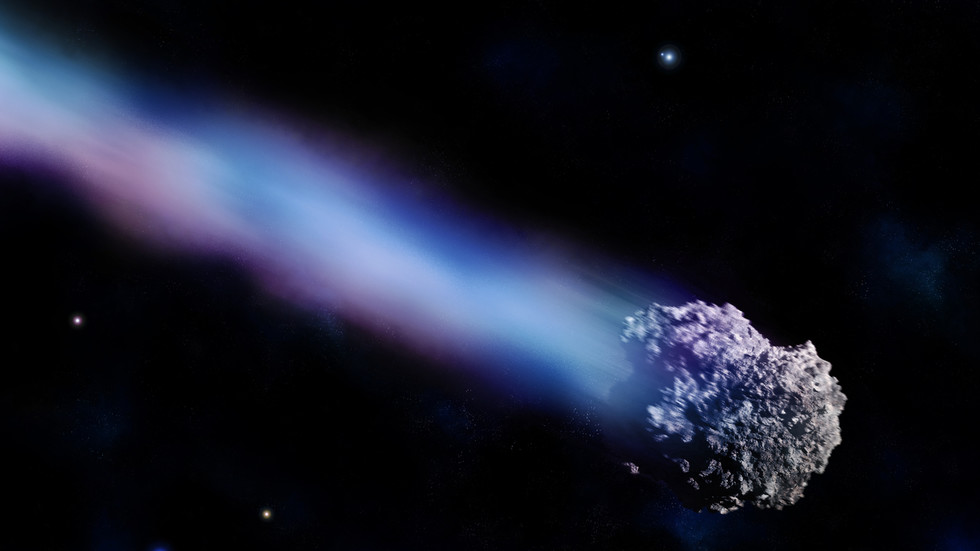 For the first time in history, scientists have spotted a glowing aurora on a comet, despite the lack of a magnetic field and a fully-formed atmosphere. The discovery will deepen our understanding of cosmic weather out in space.

Auroras are generated by ionized particles which we might recognize from the incredible aurora borealis and australis phenomena which take place near the Earth’s magnetic poles each year.

These aren’t exclusive to our world, however, as we have spotted some form of aurora on every planet, and on some moons, in our solar system apart from Mercury.

Also on rt.com Russian cosmonaut takes picture of ‘BRIGHTEST COMET’ in 7 years as it passes close to Earth (PHOTOS)

A new, in-depth analysis of data collected by the Rosetta spacecraft as it observed the Comet 67P Churyumov-Gerasimenko (67P/C-G) startled researchers, as they discovered a unique form of aurora, courtesy of a unique blend of solar weather and serendipity.

“I’ve been studying the Earth’s auroras for five decades,” said physicist Jim Burch of the Southwest Research Institute. “Finding auroras around 67P, which lacks a magnetic field, is surprising and fascinating.”

On Earth, solar winds interact with our magnetosphere and create the cosmic ballet of the terrestrial auroras, with their dazzling, dancing bands of light which astound us to this day.

Elsewhere in our solar system, solar winds react with each planet in a different way, creating slightly different forms of aurora, even if the celestial bodies don’t boast their own magnetic field, as we suspect might be the case with Venus.

As far as we can tell, Comet 67P/C-G doesn’t have a magnetic field either, nor has it “borrowed” one from a nearby celestial body, as is the case with Jupiter’s moons Ganymede and Europa.

It does, however, boast its own pseudo-atmosphere in the form of an envelope of gas, known as a coma, courtesy of the ice on board subliming as it draws near the Sun.

Thanks to observations made by the Alice instrument aboard the Rosetta spacecraft, using its far-ultraviolet (FUV) spectrograph, in combination with Alice’s Ion and Electron Sensor (IES) also detected electrons from the solar wind which break apart the water molecules in the sublimed gas, giving it the extremely rare glow scientists have never spotted before.

These sorts of discoveries help scientists tease out our understanding of space weather patterns and the complex interactions of different planetary and celestial bodies, crucial to more long-term space travel.

Also on rt.com You thought asteroids were bad? ESA warns COMETS may do far ‘MORE DAMAGE’ if they hit Earth