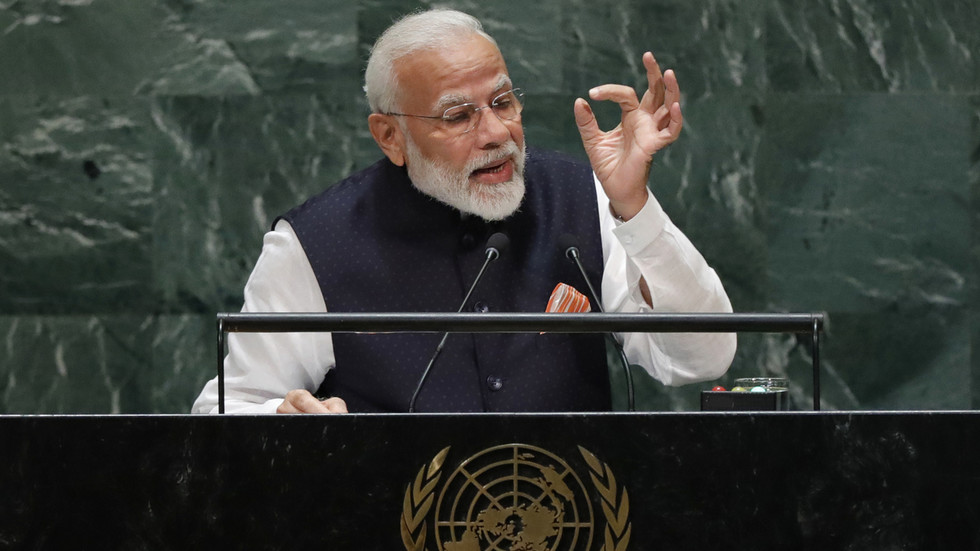 India’s Prime Minister Narendra Modi has said that urgent reforms are needed to fix the UN’s “outdated structures,” to ensure that they better reflect the realities of the modern world.

Modi said that the changes must affect the UN’s principal bodies and ensure that the organization “gives voice to all stakeholders.” He said that New Delhi remains committed to bring “new life” into the Security Council and to “revitalize” the General Assembly, as well as the Economic and Social Council.

“Without comprehensive reforms, the UN faces a crisis of confidence. For today’s interconnected world, we need a reformed multilateralism that reflects today’s realities,” Modi said, in a video address as the UN commemorated its 75th anniversary.

A call for reform was also reflected in the UN’s anniversary declaration, which urges member states to create a “more agile, effective and accountable organization.” UN chief Antonio Guterres, meanwhile, said that its founding ideals “remain beacons to a better world.”

India has been one of the countries pushing for the expansion of the UN Security Council by adding several permanent members with a power of veto. At present, it has five permanent members: Russia, China, the US, the UK, and France. All of these have spoken in favor of expanding the Security Council in one way or another, making it more representative of the various regions around the globe.