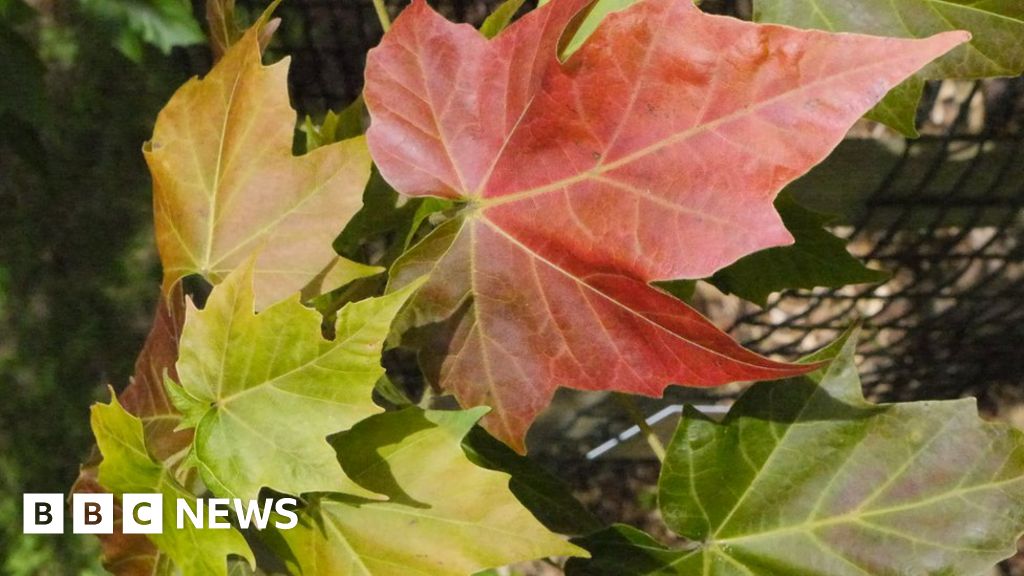 One in five maple species is threatened in the wild, according to the first full assessment of extinction risks.

Known for the vivid colour of their autumn leaves, the trees are popular in parks and gardens.

But in their natural habitats, they face a myriad of threats, including unsustainable logging, climate change, deforestation and forest fires.

And they say seeds should be stored as an insurance policy against extinction.

The assessment of all 158 species of maple is part of an effort to map the conservation status of all tree species by the end of 2020. It was carried out by the group, Botanic Gardens Conservation International.

Conservation manager Dan Crowley told BBC News: “Maples are some of our most familiar trees, particularly in autumn when they give us those wonderful displays of yellow, orange, red and purple colours.

“And whilst they are common in some of our open spaces, spaces where they are highly valued, several species are also highly threatened in the wild.”

The scientists say action is needed to ensure there is active conservation in protected forests where maples grow.

And as a back-up, rare seeds should be collected and stored in botanic gardens.

What we see in gardens and parks is just a small selection of the vast number found in the wild.

And many of the specimens seen in urban spaces are grown from a small number of seeds collected by early plant hunters, with only limited genetic diversity.

Currently, 14 species of maple tree, including four that are critically endangered, are missing from arboretums and botanical gardens.

Dan Crowley added: “We’re highly responsible for the threats that some of these species face including urban development, agriculture and timber harvesting and we have the capabilities to conserve the species in the wild and also in our living collections, and we should act to do. “

China holds the greatest diversity of maple trees, with a total of 92 species. But threatened species also occur in other parts of Asia and the Americas.

The North American sugar maple is famous for giving us maple syrup, a favourite pancake topping for many.

Two little-known close relatives of the tree can be found in Mexico, where they are threatened by grazing, logging and forest fires.

Commenting on the study, Kathy Willis, professor of biodiversity at the University of Oxford, said: “These trees provide a number of important ecosystem services and their loss is not just a loss of a pretty iconic tree but also all the important benefits they provide to humans – maple syrup being but one of them.”