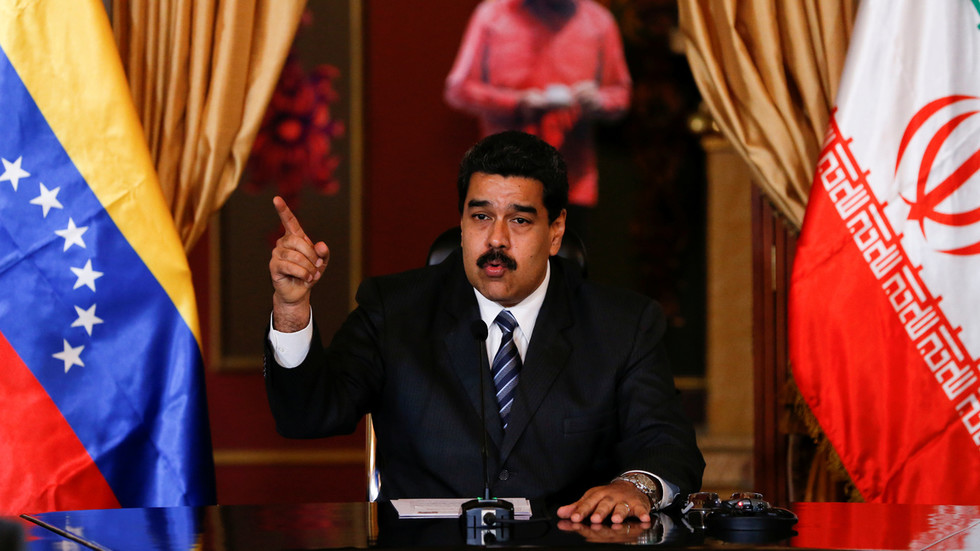 Venezuela has slammed a new round of US sanctions on President Nicolas Maduro and Iran as aggressive and illegal, while also contesting a new UN report alleging official abuses, saying it used “human rights as a political weapon.”

“Venezuela denounces the new US aggression to the international community, announcing alleged unilateral sanctions against President Nicolas Maduro, as part of a sustained campaign of aggression against the Islamic Republic of Iran and our country,” Foreign Minister Jorge Arreaza wrote in a tweet on Monday.

Caracas said Washington’s actions showed it had “no respect whatsoever” for the UN and that the new sanctions were imposed “without any basis” in international law. It also vowed that “no intimidating and arrogant action by the US government” would deter Venezuela from friendly relations with Iran.

Hours prior, the US State Department announced a fresh round of penalties on both Tehran and Caracas – including Maduro and a number of Iranian entities – accusing the two nations of working together to “flout the UN arms embargo” on Iran.

“Our placing sanctions on Maduro today is a warning that should be heard clearly worldwide: no matter who you are, if you violate the UN arms embargo on Iran, you risk sanctions,” Secretary of State Mike Pompeo said while announcing the new measures on Monday.

Though the weapons ban is set to expire in October, Washington has insisted it would remain in force “indefinitely,” despite a failed US-led effort to extend the embargo in the UN Security Council last month. The new penalties also come days after the US unilaterally declared the resumption of the UN’s “snapback” sanctions on the Islamic Republic, invoking the Iran nuclear deal that Washington withdrew from as far back as 2018. The move has faced nearly unanimous opposition in the Security Council.

Arreaza also took aim at a recent UN fact-finding report which alleged serious abuses by Venezuelan authorities, including extrajudicial killings and torture. The FM rejected the report as “false” in a separate tweet, accusing the international body of “using human rights as a political weapon” while sharing an analysis by local investigative outfit Mission Truth, which slammed the report as inaccurate and politically motivated.

The FM previously denounced the UN report after it was issued last week, insisting it is “plagued with falsehoods,” lacking in “methodological rigor” and “created for ideological purposes by countries with terrible human rights records” in order to “attack Venezuela.”

Washington has continued to step up its sanctions campaigns on both Iran and Venezuela in recent months, frequently expanding “maximum pressure” penalties on Tehran as it seeks to drive the country’s oil exports to “zero,” while also pushing for a reimposition of the UN sanctions despite near-universal opposition internationally, including from US allies. Meanwhile, the US has indicted the Venezuelan leader on “narco terrorism” charges and brought several layers of sanctions over the last year, largely taking aim at Iranian fuel shipments into the country, even seizing four gas tankers bound for Venezuela last month.