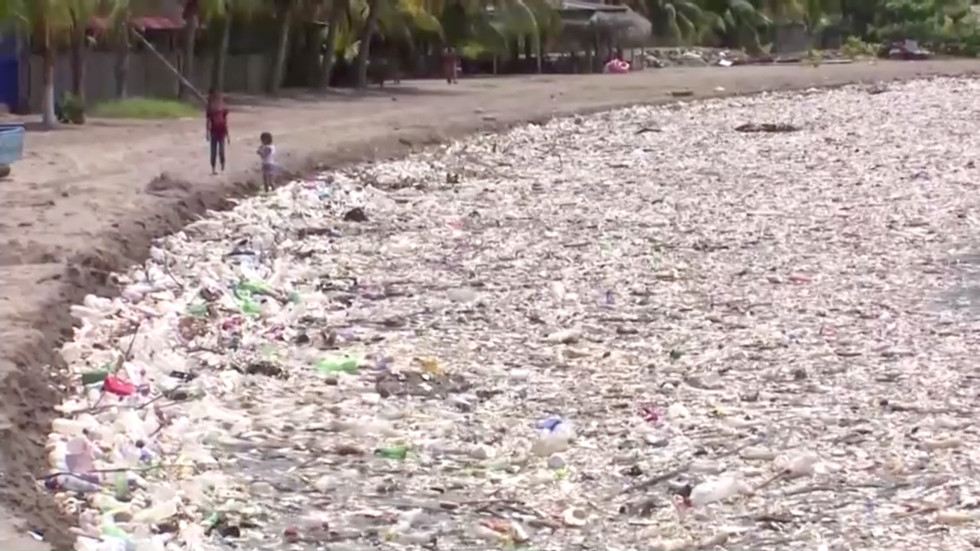 A large ‘tsunami’ of trash has hit a beach in the town of Omoa in northern Honduras. The garbage traveled from neighboring Guatemala, where anti-waste barriers were damaged by heavy rain.

Footage from the scene shows thick layers of plastic bottles and other waste carried by the waves and piled up on a sandy beach next to wooden shacks and palm trees.

Local official Daniel Ortega said that between 100 and 150 tons of garbage was cleaned from the beach.

Environmentalists have been sounding the alarm as large quantities of trash regularly wash ashore in Honduras, including in places like Omoa and the idyllic tourist island of Roatan.

Honduran officials had previously blamed Guatemala for the disaster. They said that over the years waste has been washing out to sea from Guatemala’s Motagua River and forming gigantic floating ‘islands of trash’ that later traveled to Honduras.

Earlier this month, Guatemala warned Honduras that waste protection facilities on the Motagua had stopped working properly due to heavy rainfall, and could not prevent the trash from flowing into the Caribbean Sea.