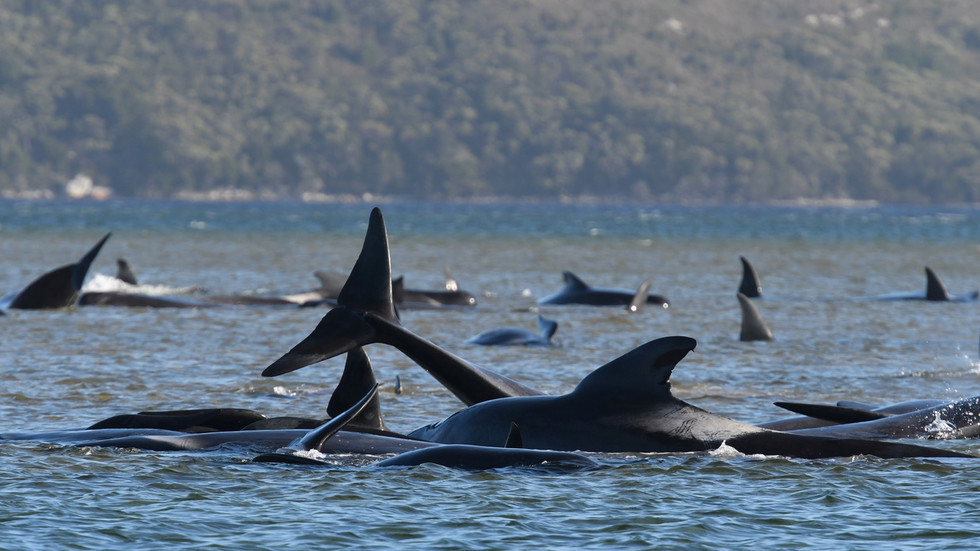 380 pilot whales die after getting beached in Australia, 50 saved by rescuers in largest such incident in state’s history (PHOTOS)

A total of 380 whales have died, local media reported, citing officials. Teams of rescuers managed to save 50 by towing them to deeper water, where they were released, while around 30 more remained beached and fighting for their lives as of Wednesday afternoon. Each animal weighs around three tons.

“If they are still alive and in water, there is certainly hope for them, but as time goes on they get more fatigued and their chances of survival reduces,” Parks and Wildlife Tasmania regional manager Nic Deka said.

It is not clear what caused the animals to become stranded in the area called Macquarie Head, but the species is prone to getting beached.

The first group of 270 whales was discovered on Monday morning, while another group of 200 was spotted by air on Wednesday, bringing the total number to 470. All animals from the second group have died. This is said to be the largest such event in Australia’s history.

Also on rt.com Gangs of killer whales are attacking boats off Spain and Portugal and researchers have no idea why (VIDEOS)