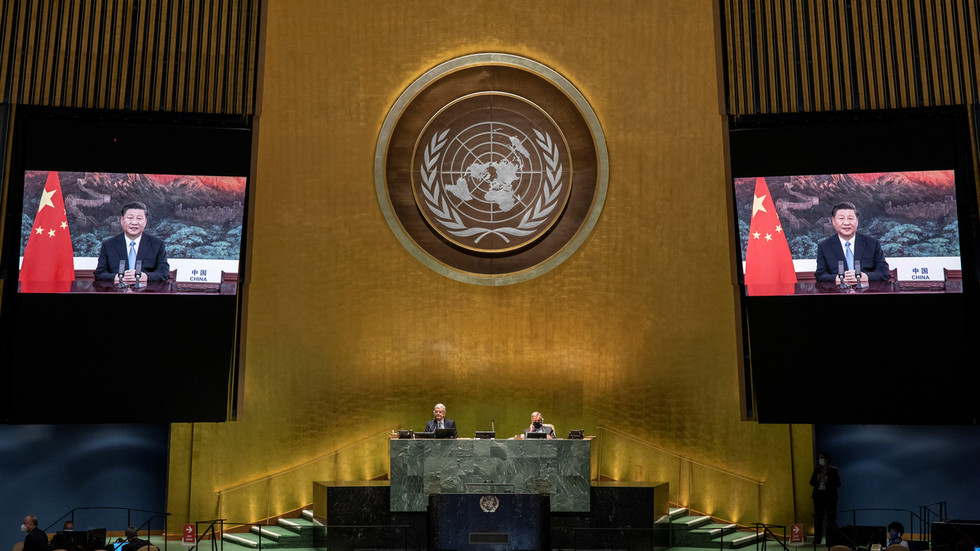 Beijing has accused the US of “obstructing” the global fight against greenhouse gases, a day after President Xi Jinping said China aims to have “CO2 emissions peak before 2030 and achieve carbon neutrality before 2060.”

China said on Wednesday it considers this plan a “powerful rebuke to the US’ unfounded accusations” that were made against it at the UN General Assembly.

The US, which is the world’s second-largest polluter, pulled out of the 2015 Paris Agreement on climate change mitigation, blaming China for the stalled momentum on tackling global emissions.

“This seriously obstructs the progress of reducing global emissions and promoting green, low-carbon development,” China’s Foreign Ministry spokesman Wang Wenbin said. “What qualifications does such a country have to criticize China?” he was quoted as saying at a news briefing in Beijing.

China itself is the world’s biggest polluter and accounts for a quarter of the planet’s greenhouse gases. Addressing the UN General Assembly on Tuesday, Xi renewed his support for the Paris climate accord. He maintained China was a climate leader, saying the accord “outlines the minimum steps to be taken to protect the Earth.” All countries must take decisive steps to honor the agreement, he said.

China will update and enhance its nationally determined contribution targets, Wang told reporters on Wednesday. He described the US as the world’s largest emitter of greenhouse gases in cumulative terms, saying that Washington “not only failed to ratify the Kyoto Protocol, but also pulled out of the Paris Agreement.” Thus, the US has completely disassociated itself from the global carbon emissions system and arrangements, he stressed.

As the world’s largest exporter of solid waste and a major consumer of plastics per capita, the US has also refused to ratify the Basel Convention and “has set obstacles for the global governance process on plastic waste,” according to Wang.

How was the state that had shipped so much waste to developing countries “in any position to blame China?” Wang asked. He urged the US “to stop playing political games, abandon unilateralism, and live up to its due responsibility to the world.”

The Paris Agreement commits nations to limiting global temperature rises to near pre-industrial levels by reducing greenhouse gas emissions. However, President Donald Trump believes the accord is unfair to the US. “Those who attack America’s exceptional environmental record while ignoring China’s rampant pollution are not interested in the environment,” Trump said in a UN speech shortly before Xi addressed the General Assembly.