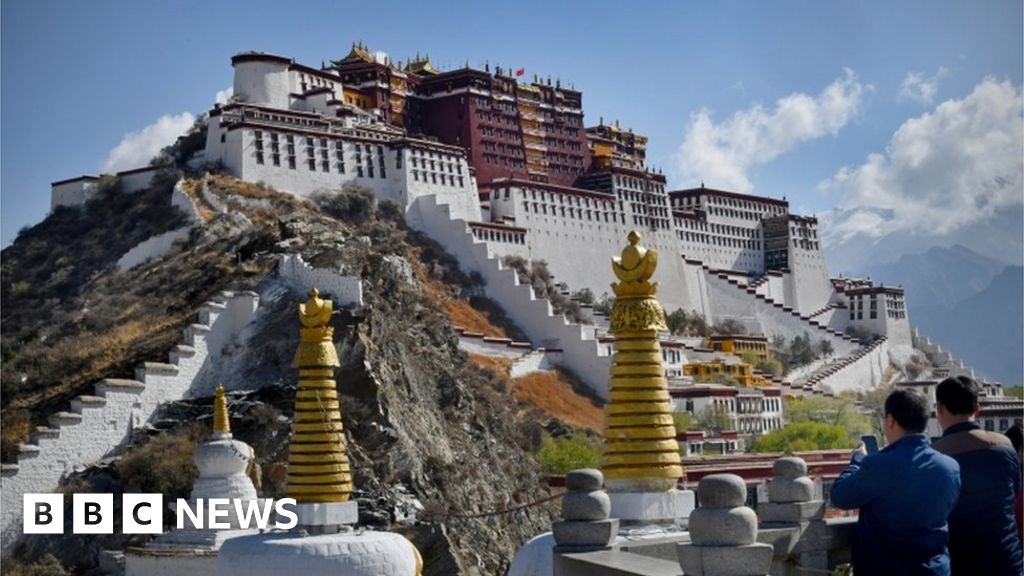 China is coercing hundreds of thousands of people in Tibet into military-style vocational training centres, a study has warned.

The report by the Jamestown Foundation is based on state media reports, policy documents and satellite imagery which Reuters says it has verified.

It has also compared the situation to what has been documented among ethnic Uighurs in the Xinjiang region.

Chinese authorities have not yet commented on the findings.

Tibet is a remote and mainly-Buddhist territory in the Himalayas. It is governed as an autonomous region of China which is accused of suppressing cultural and religious freedom there.

Beijing says it is fostering progress and development in the region.

Tibet’s president-in-exile Lobsang Sangay has been among those who have previously alleged that Tibetan people are being forced into labour camps and training centres for “education”.

However, the scale of the programme as detailed in this study indicates it is much larger than previously thought.

What are the findings of the study?

The report, authored by Adrian Zenz, an independent Tibet and Xinjiang researcher, says that 500,000 people, mostly subsistence farmers and herders, were trained in the first seven months of 2020 and authorities have set quotas for the mass transfer of those workers within Tibet and to other parts of China.

According to Chinese government plans that have been cited, the training schemes are to develop “work discipline, Chinese language and work ethics”.

It adds that the aim is to change “can’t do, don’t want to do and don’t dare to do” attitudes toward work, while also calling for “unspecified measures to effectively eliminate ‘lazy people.'”

The study adds the training programmes lead to most of the workers ending up in low paid jobs, including in textile manufacturing, construction and agriculture.

“In the context of Beijing’s increasingly assimilatory ethnic minority policy, it is likely that these policies will promote a long-term loss of linguistic, cultural and spiritual heritage,” it warns.

What are the comparisons to Xinjiang?

It says the programme bears resemblances to labour schemes in the troubled Xinjiang province where Chinese authorities are accused of the mass detention of the mostly Muslim Uighur population.

“In both Xinjiang and Tibet, state-mandated poverty alleviation consists of a top-down scheme that extends the government’s social control deep into family units,” it says.

In Xinjiang, China is accused of arbitrarily detaining hundreds of thousands of Muslims – while Beijing says the camps are vocational schools needed to combat terrorism and religious extremism.

However, the Jamestown study stresses that in Tibet, the labour scheme is “potentially less coercive” with some Tibetans voluntarily participating with their incomes increasing as a result.

Despite these differences to Xinjiang, the report concludes that “the systemic presence of clear indicators of coercion and indoctrination, coupled with profound and potentially permanent change in modes of livelihood, is highly problematic.”