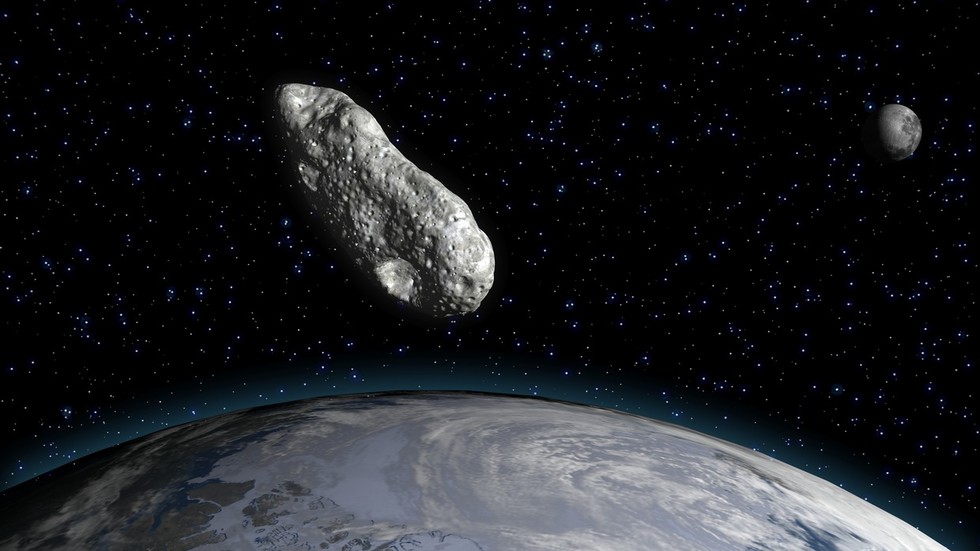 An asteroid discovered only last Friday is expected to graze Earth this week, coming closer than most TV and weather satellites, in yet another reminder of the potential threats from incoming space rocks.

Asteroid 2020 SW was first spotted on September 18 by the Mount Lemmon Survey in Arizona and announced on September 19 by the Minor Planet Center, which receives funding from NASA to assist in planetary defense monitoring.

The money appears to be well spent: the center has announced the discovery of 244 near-Earth objects in September alone.

Also on rt.com At least 5 space rocks headed towards Earth this week, as Japan extends its Hayabusa2 asteroid-hunter mission

The newly discovered rock is estimated to measure between twice the size of Shaquille O’Neal (4.5 meters) and nearly five times the size of Andre the Giant (10 meters).

Despite its proximity, 2020 SW won’t be visible to the naked eye, though anyone with a six- or eight-inch diameter telescope, or greater, will be able to catch a glimpse of the unexpected visitor if they get their timing right.

It is expected to fly over Australia or New Zealand and will reach a magnitude of around 13 to 13.5 just before dawn on Thursday, though some estimates say it might arrive roughly half an hour earlier than expected.

The Virtual Telescope website is showing a live feed starting at 18:00 EDT (22:00 UTC) on Wednesday, September 23.

Early calculations estimate that this new space rock orbits the Sun every 372 days. Despite its orbit being so similar to Earth’s, the space rock is not expected to impact our planet anytime soon – not within the next 50 years at least. It won’t return anywhere near as close to us until June 3, 2029.

Also on rt.com Blast from the past? Earth to gain new MINIMOON and it could be the remains of an old rocket