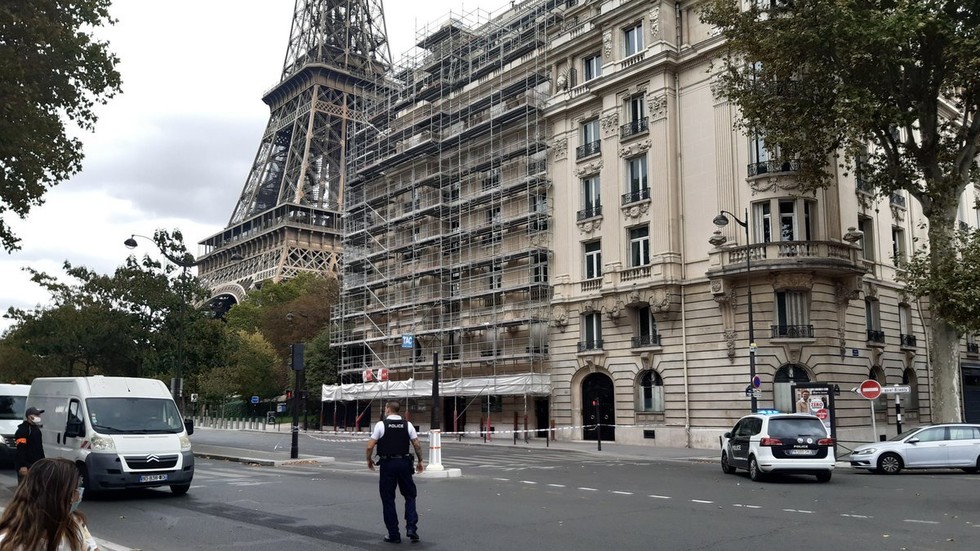 The Eiffel Tower has reopened its doors to the public following an armed police response and evacuated after a hoax anonymous bomb threat was phoned in.

Police received an anonymous phone call warning that a bomb had been planted at the world famous monument shortly before noon local time on Wednesday.

Eyewitness footage from the scene showed armed police sealing off the area and establishing a security perimeter while sniffer dogs and bomb disposal technicians searched the area, but ultimately found nothing, declaring the threat a hoax.

“Following an anonymous call received by the police about the presence of a bomb at the monument, the Eiffel Tower was fully evacuated at 12:15 today (…)”, the site’s operator said in a statement.

“In accordance with the procedures, police carried out searches and checks on the whole of the Tower. The monument reopened its doors at 2:15 pm.”

A spokesperson for the company that runs the Eiffel Tower said the evacuation was a precautionary measure after police received an anonymous tip but could not provide additional details about the situation.

Major traffic diversions were put in place in Paris’s 7th arrondissement and the streets were cleared of all activity while police conducted searches of the area.

The Eiffel Tower reopened to tourists on June 25 after staying shut for 104 days during the height of the coronavirus pandemic in France.  It is one of the most-visited landmarks in Paris and attracts millions of tourists to the city each year.

Defenses including bulletproof glass barriers were installed around the Paris landmark in 2018, and the tower is subject to repeated hoax terrorist threats each year.