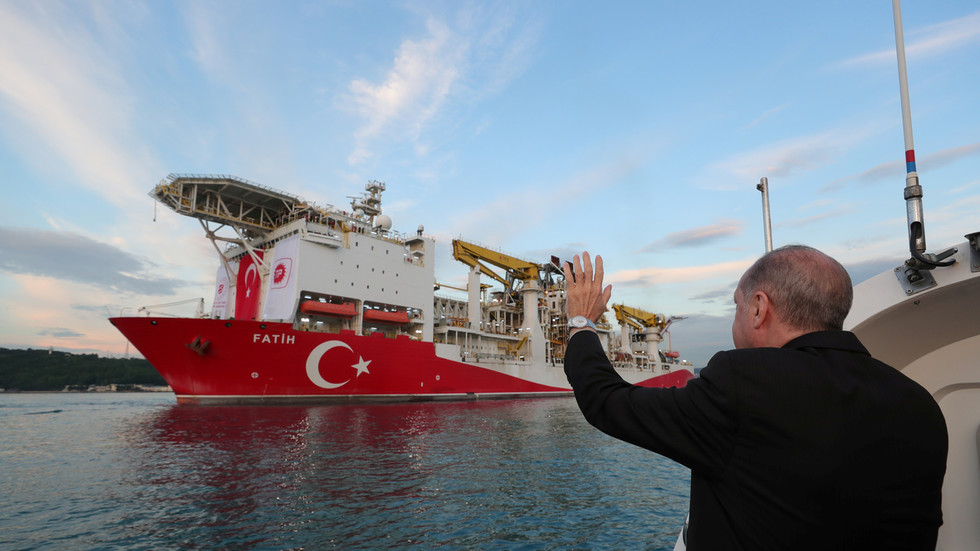 The decision to return a Turkish oil and gas exploration ship to port illustrates Ankara’s willingness to negotiate with Athens to resolve mutual claims over the Eastern Mediterranean, President Recep Tayyip Erdogan has claimed.

The Oruc Reis seismic survey vessel returned to port last week. Although Ankara claimed that the ship needed routine maintenance, Erdogan said on Friday that the suspension of exploration activities in the disputed Eastern Mediterranean would help promote diplomacy with Turkey’s longtime rival.

“Let’s give diplomacy a chance, let’s put forth a positive approach for diplomacy. Greece should also positively meet this approach of ours, and let’s take a step accordingly,” the Turkish leader said in Istanbul. “This is why we did it.”

Also on rt.com Cyprus ready for dialogue with Turkey on Mediterranean issues, but ‘not under threats’

A dispute with Greece over control of Eastern Mediterranean waters escalated after Turkey began oil and gas exploration last month. Athens denounced the move as unlawful. Both countries have claimed ownership over oil and gas deposits in waters off the shores of Crete and Cyprus.

Erdogan said that he was prepared to discuss conflicting claims in the Mediterranean with Greek Prime Minister Kyriakos Mitsotakis. However, he stressed that Turkey’s seismic activities in the disputed waters would not stop indefinitely, noting that Oruc Reis would resume normal operations once it undergoes necessary maintenance, which is expected to be completed in a few weeks.

The two NATO allies have repeatedly pointed fingers at each other as the territorial dispute has worsened over the previous month. But from Brussels’ perspective, there is one clear agitator. European Commission President Ursula Von der Leyen said in her ‘State of the Union’ speech earlier this week that nothing could justify Turkey’s “intimidation” of Greece and Cyprus in the Eastern Mediterranean as the dispute over energy resources continues. Cyprus said that it was open to negotiations with Ankara, while accusing Turkey of provocations.