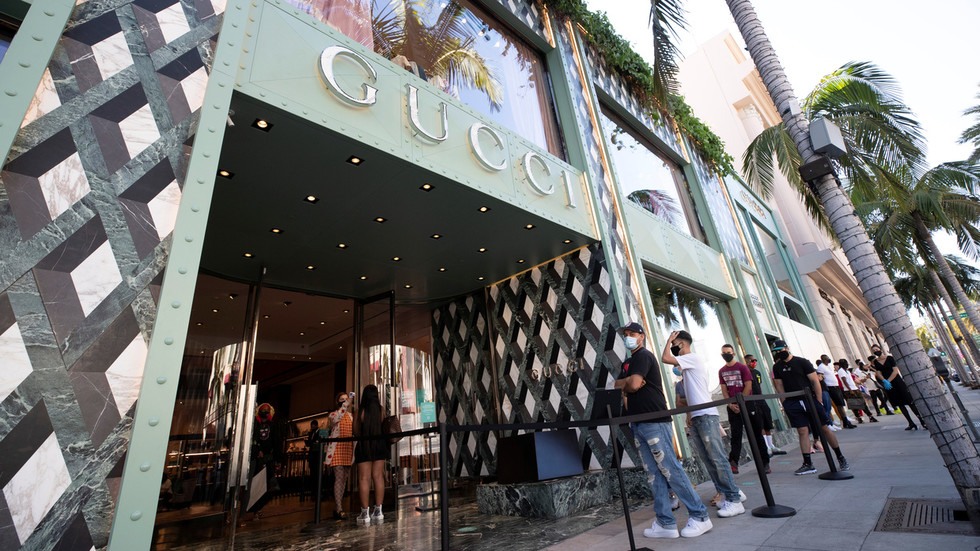 Gucci’s eco-friendly campaign to sell overused-looking overalls with fake grass stains for a whopping $1,400 has made the Italian fashion house a laughing stock on social media; people clearly did not appreciate the idea.

What is selling for this price looks like a worn-out gardening outfit from the 80s or 90s. Yet, the luxury fashion brand did not hesitate to point out the “powerful message” behind it.

“This product is made of 100% organic cotton. It is produced through cultivation and manufacturing processes that don’t involve harmful chemicals, pesticides or artificial fertilizers, and incorporates methods that respect biodiversity and ecosystems, improve soil quality, and reduce water consumption,” an advert for the pricy item, posted on the Gucci website, proudly states.

The strange looks of what is expected to be a luxury item was also part of the design. “Gucci explores new takes on the cult fabric, reinterpreting it with different designs and washing techniques that blur the line between vintage and contemporary,” Gucci proclaimed.

Some ordinary consumers, however, appeared to be not particularly amused by such fashion innovation: there was no shortage of sarcastic and critical comments on the topic on social media.

I get more grass stains as a suburban gardener than those Gucci overalls are sporting. If they’re charging that much at the very least we deserve some pig shit and tractor oil stains.

Many people also suggested cheaper alternatives for anyone willing to own clothes looking like the new apparel advertised by Gucci.

You can tell me I don’t *GET* fashion, but come on! $1200 for grass-stained jeans and $1400 for overalls?Goodwill + soccer field = same thing 😂 Gucci 😂 pic.twitter.com/oHqYbSz8ww

Others immediately snatched an opportunity to get rid of their own old garbs by making money on the new “fashion trend.”

If you are thinking about buying these (coughcoughfuckinhidiotcough) I’ll sell you a pair of old fucked up Liberty overalls for $2000 so you can sit back and laugh at all those poors in their shitty, cheap ass Gucci overalls. https://t.co/ntiaOx32F7

There were also those who considered the whole thing to be outright offensive.

Yet, some people said the overalls were generally not that bad – but only when one considers the other options Gucci had to offer this season.

The fashion brand has so far not reacted to the fallout in any way. However, it is, by a long shot, not the biggest controversy Gucci has sparked with its designs. I

n February 2019, the Italian fashion house went into full damage control mode and even announced “cultural sensitivity” exercises for its staff after the massive backlash over its women’s woollen jumper.

The black sweater, which was quickly pulled from shelves, covered the lower part of the face and featured a red lips cut-out around the mouth. The design prompted comparisons with ‘blackface,’ stirring an already heated racial debate in the US.

Also on rt.com Gucci to focus on ‘cultural sensitivity’ drills for employees after ‘blackface’ sweater fallout