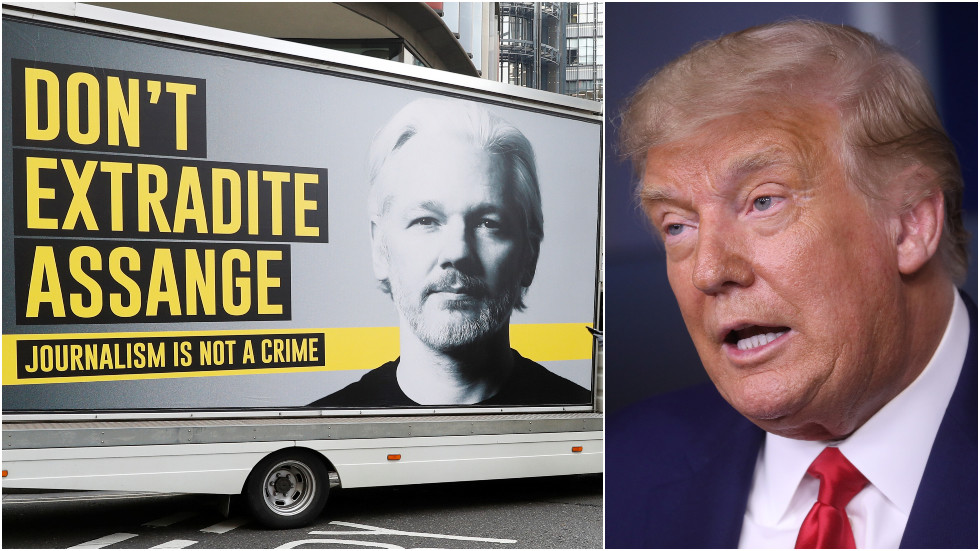 President Donald Trump attempted to cut a deal with WikiLeaks founder Julian Assange, offering the wanted journalist a pardon in exchange for the source of the 2016 DNC emails. Assange refused to betray the source.

Assange’s defense revealed the pardon deal to a court in London on Friday, where the WikiLeaks founder is currently fighting extradition to the US. Should he lose, he will be tried for espionage offenses and could face 175 years behind bars.

However, Assange was apparently offered an out by the Trump administration. Defense lawyer Jennifer Robinson told the court that former US Rep. Dana Rohrabacher and another Trump campaign associate, Charles Johnson, offered a pardon if Assange were to reveal the source of the emails, which are widely considered to have helped Trump win the 2016 presidential election.

Assange can ‘get on with his life’ – a pardon in exchange for information about the source.

“Information from Mr Assange about the source of the DNC leaks would be of value to Mr Trump,” she added, paraphrasing Rohrabacher and Johnson.

Assange rejected the offer, and was indicted in 2019 on 17 counts of violating the Espionage Act. At the time of his indictment he was already in custody in the UK, after being arrested in London’s Ecuadorian embassy that April.

The source of the Democratic National Committee emails remains a mystery. Opponents of both Assange and Trump have pinned the blame on ‘Russian hackers’, yet Assange himself has gone on record as saying that Russia was not the source.

The espionage charges against Assange stem from WikiLeaks’ publication in 2010 of a tranche of documents revealing alleged US war crimes in Afghanistan and Iraq. The documents were leaked by former soldier Chelsea Manning, who was imprisoned from 2010 until her sentence was commuted in 2017.