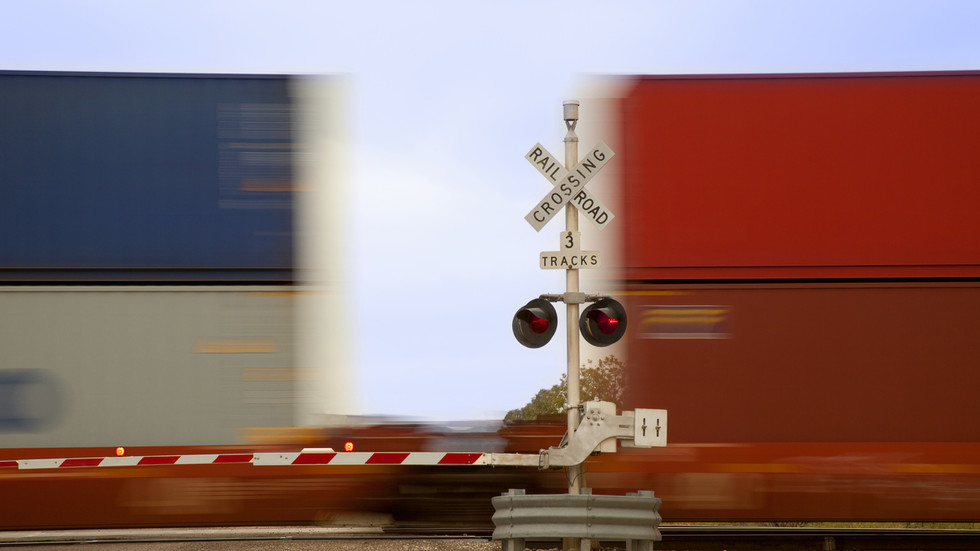 In an unlikely miracle, a 2-year-old boy survived after being run over by a freight train near New Delhi. The train driver and his assistant have been hailed as heroes for their quick reaction that probably saved the child’s life.

The horrifying incident took place along the railway tracks at Ballabgarh station in Haryana, around 35km from Delhi on Wednesday.

It is unclear how the 2-year-old ended up under the speeding train. While some local media reports said the infant was probably pushed by his older brother, others suggested that children were playing near the train station and the infant was left unattended. Some commenters even said the boy was deliberately placed in the train engine area by older kids.

According to a local newspaper, the moment the train driver spotted the boy on the tracks, he slammed on the emergency brakes. Once the train stopped, driver Deewan Singh and his assistant Atul Anand leaped from the locomotive and sprinted to find the boy. To their relief, while visibly upset and crying, the boy was unscathed.

The driver and his assistant managed to calm the boy before freeing him from underneath the train and returning him to his mother. The duo will probably receive a reward for their quick-thinking actions, the media reported.

Also on rt.com Indian father of 5 girls cuts open pregnant wife’s belly to see if she is having a son

“The two-year-old and his 14-year-old brother were playing at the station. They must have been on the tracks when the elder brother left the child there,” said SK Srivastava, commercial manager of Agra divisional railways.

Reacting to the miracle online, some commenters said the boy’s guardian angel must have been with him.

Others, however, shared their dismay that photos and videos of the crying child trapped under the train were shared online.

First aid be given to the kid instead of taking snap shot as the boy is terrified.

And who is taking the photo instead of getting the kid out in the first place?? How can he even take photo my Shivering will go to 100% until remove that kid. These camera guys are wierd