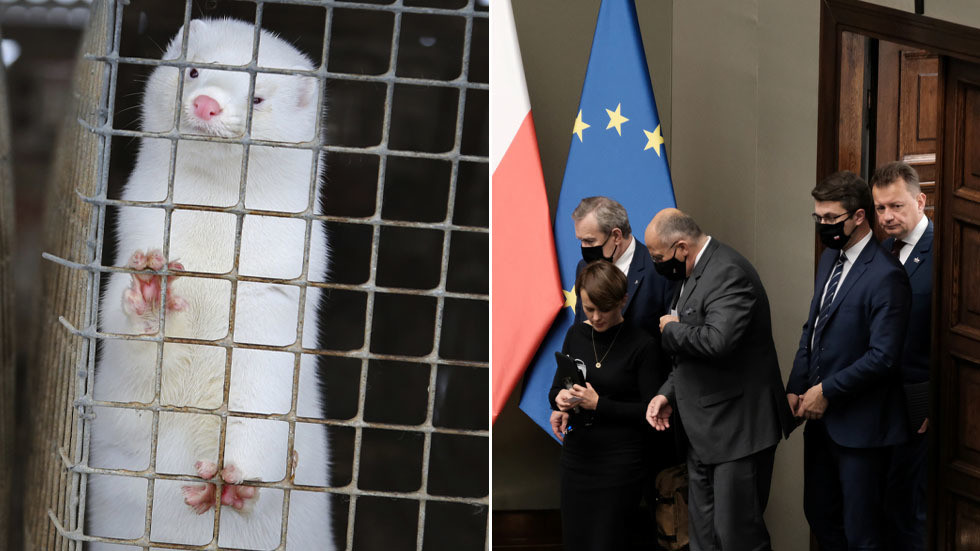 Poland’s ruling PiS party says the coalition may split, triggering an election, after its allies refused to support an animal rights bill. The legislation would ban fur farming and production of kosher and halal meat for export.

The bill passed in a late-night vote with support from opposition lawmakers. The governing PiS party said its ultra-conservative and moderate allies had put their coalition in jeopardy by failing to back it.

“Yesterday’s decisions led to the situation where we do not know if the coalition exists,” said the PM’s top aide, Michal Dworczyk. “A minority government could not stay in power until the end of its term; an early election would be needed,” the official told public radio on Friday.

Also on rt.com Thanks, Brussels! Now Poland can have its own gas pipeline at EU taxpayers’ expense

The issue has become a major test of unity for the coalition, which has been in power since 2015. All lawmakers from the ultra-conservative United Poland party opposed the bill. Most lawmakers from Accord – the ruling camp’s more moderate wing – abstained, but Adam Bielan, a member of the European Parliament from Accord, believes that it is too early to abandon the coalition. “An early election would lead to the Left taking power,” he was quoted as saying.

The animal rights bill is popular with young Poles. However, opponents within the coalition worry that it will alienate farmers and hurt them in the rural heartlands.

Poland is one of Europe’s biggest exporters of halal and kosher meat. The country also produces millions of furs a year, while the sector employs about 50,000 people.