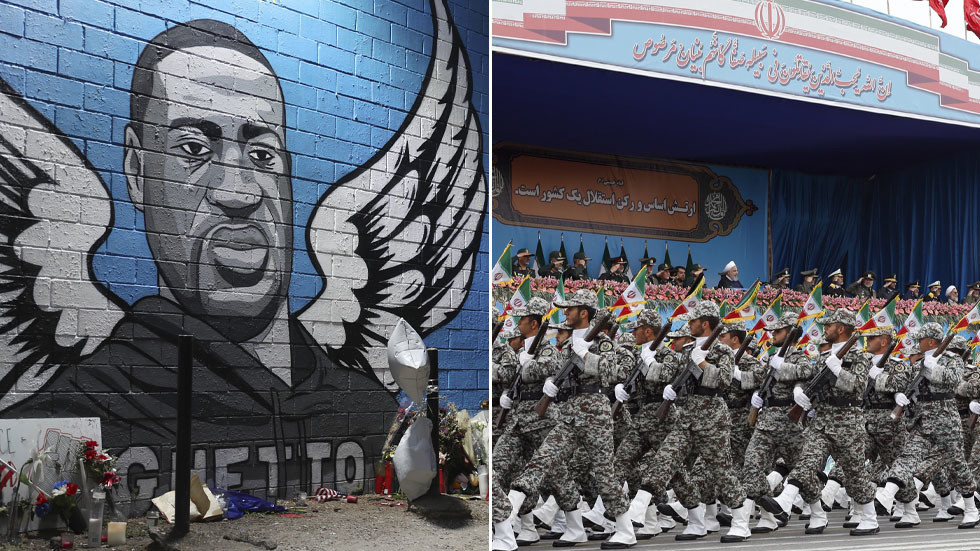 A commander of Iran’s Islamic Revolutionary Guard Corps has suggested creating a video game in which the country’s militia forces would rescue George Floyd from his fatal encounter with US police.

The concept was proposed by Mohammad Reza Naqdi, a senior officer of the armed forces branch, during a Wednesday conference on the Iranian military’s digital efforts. Naqdi’s idea is to “take back cyberspace” from the US by producing local content.

Naqdi underscored the artistic potential for a political statement in such a game, by saying that Floyd’s death has become a “global issue.”

The ‘Save George Floyd’ game is expected to be a mobile and computer game, with saving the “black citizen from the American police” being the core design element, according to Naqdi.

Besides the ‘Save George Floyd’ project Naqdi also announced an animated production about “the arrival of Islamic tribes and nations to Jerusalem,” inspired by the conquest of Mecca by Islam’s prophet Mohammed in the seventh century.

Naqdi’s third concept was a piece of software which would give the user the ability “to offer a specific prayer in any place and time.” The official also mentioned that he would like to be personally involved in the development of this final project.

The May 25 death of George Floyd in Minneapolis police custody resonated around the globe, sparking anti-law enforcement protests and even riots, and fueling the Black Lives Matter movement in the US. Iranian officials have since then frequently referred to the issue of racial violence in the US in their own political discussions.