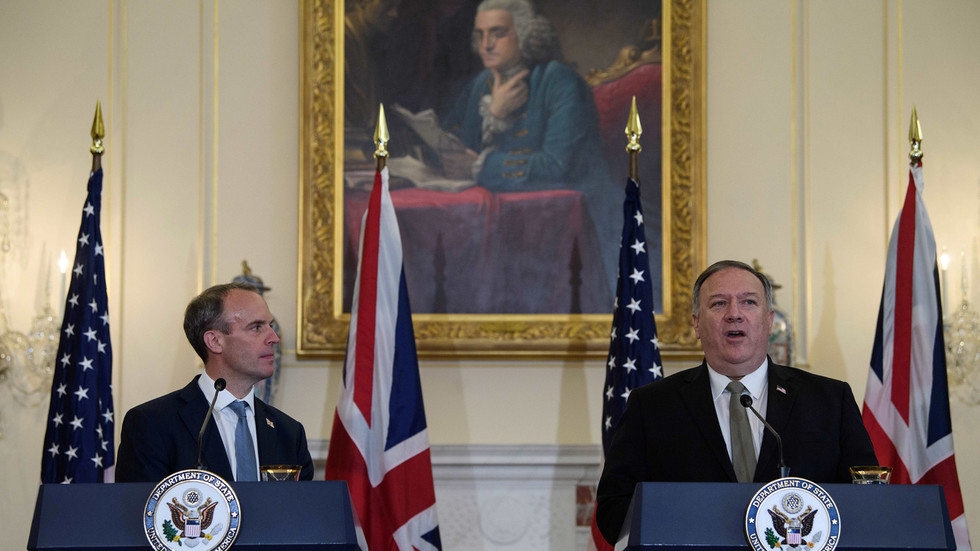 The UK government insists it is the European Union that poses a threat to the Good Friday Agreement as London itself pushes new legislation that would breach the Northern Ireland protocol.

Britain’s Foreign Secretary Dominic Raab was quoted as saying on Wednesday that he told the US government during a recent visit to Washington it was the EU, not the UK, that was threatening the agreement that brought peace to Northern Ireland.

New legislation proposed by the British government would breach the Northern Ireland protocol, which seeks to avoid border checks between Northern Ireland and EU member the Republic of Ireland after the UK’s withdrawal from the bloc.

US Democratic presidential candidate Joe Biden warned London last week that it must honor the Good Friday Agreement as it withdraws from the EU if the UK wants a separate trade deal with Washington.

Raab said on Thursday, however, that Northern Ireland’s 1998 peace agreement was not at risk from London’s move to withdraw from the bloc. “The Good Friday agreement is not in jeopardy… We’ve been crystal clear all along, we’re committed to it,” the foreign secretary told CNN. “We want to resolve the issues with our European partners, but there is not going to be any hard border [in Ireland], certainly not applied by the UK,” he added.

Minister of State for Northern Ireland Robin Walker said on Monday that Britain hopes never to need to use proposed powers to break its Withdrawal Agreement with the EU. But the statement came as the government pressed ahead with legislation to create such powers, citing a need to protect trade with Northern Ireland. Brussels has already demanded the plan be withdrawn.

The UK’s Internal Market Bill is expected to pass through the lower chamber of parliament next week as PM Boris Johnson has a large majority there. The government had prevented a rebellion by MPs, agreeing to give parliament a vote on whether to use the new powers, but it is still facing criticism from many sides.

Former PM Theresa May, a member of Johnson’s Conservative Party, said on Monday the legislation undermined peace in Northern Ireland and threatened the integrity of the UK. “This will lead to untold damage to the UK’s reputation,” May said. “It puts the future of the UK at risk.”