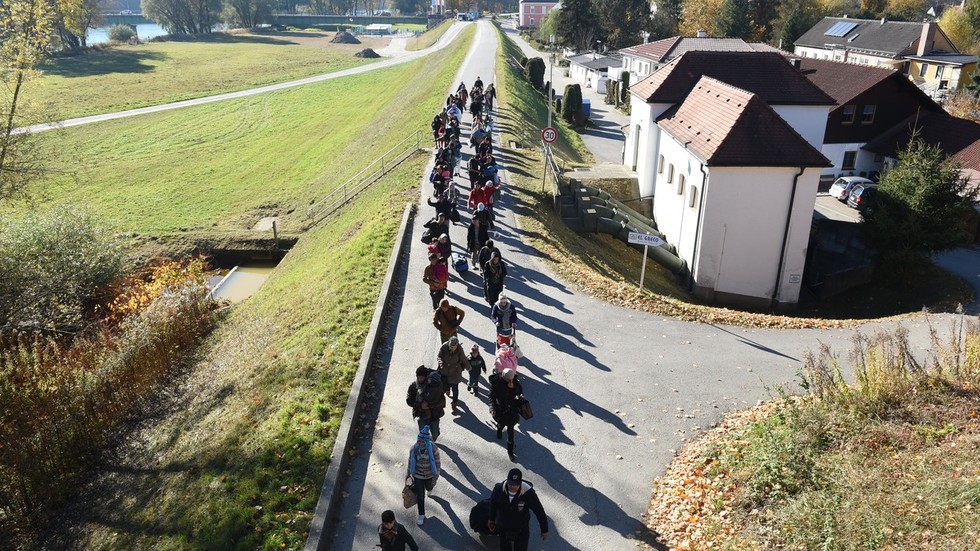 Austrian Chancellor Sebastian Kurz has argued that the EU should focus on strengthening its external borders and fighting human smugglers, rather than reviving a scheme that would force member states to settle refugees.

The EU is set to roll out a new asylum policy proposal on Wednesday. However, the return of mandatory quotas for accepting migrants is doomed to fail, Kurz said.

“We find that the distribution in Europe [of asylum seekers] has failed and many states reject this. It won’t work like this,” the chancellor told AFP.

He said that member states should focus on securing the EU’s outer borders and fighting migrant smugglers instead, as well as helping the countries where the refugees come from.

The European Union is more than just Germany and France… As a small or medium-sized state of course has to always look for alliances, and in an EU with 27 member states one can only assert ideas if there are others that support them.

More than one million migrants arrived in Europe in 2015 alone from the Middle East and Africa. Brussels tried to tackle the influx of migrants by forcing each member state to accept and settle a designated number of people. However, Austria and other smaller states in Central and Eastern Europe, such as Poland, Hungary, and the Czech Republic, revolted against this scheme.

EU Home Affairs Commissioner Ylva Johansson promised to modify the asylum policy, making it more flexible. But she stressed that a common approach is needed in order to provide relief for states on the frontline of the migration crisis, like Greece.

She added that a common policy would resolve the issue of overcrowded refugee camps, such as the infamous Moria camp on the Greek island of Lesbos, which was ravaged by fire earlier this month.

“It’s obvious to everybody that ad hoc solidarity or voluntary solidarity is not enough. That has been proven for many years now,” Johansson said. “It has to be mandatory.”