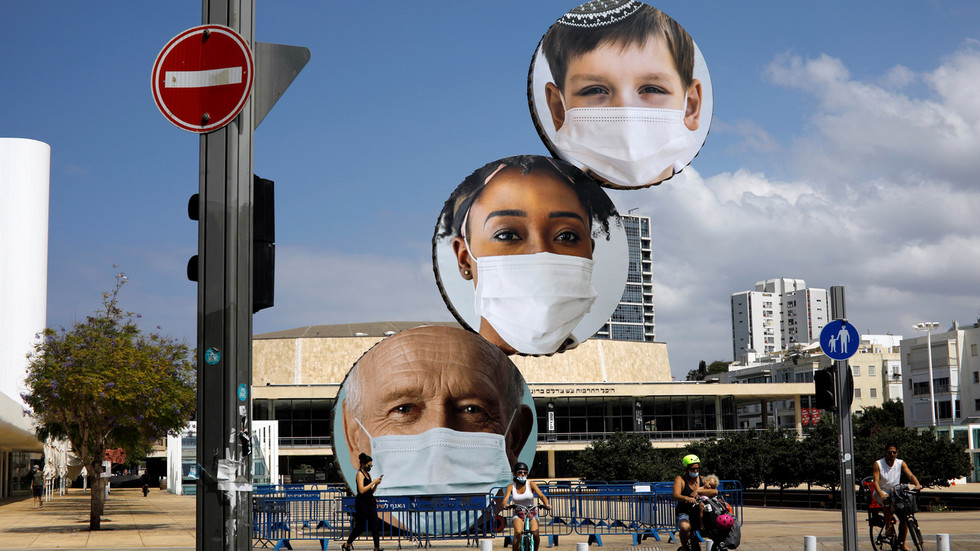 Strict new rules were introduced in Israel just days after it went into its second lockdown amid a surge of Covid-19 cases. Officials said the government can’t lead the country “into the abyss” by ignoring public health hazards.

Under the new rules effective from 2pm on Friday, all businesses will have to shut down unless they provide essential services such as grocery stores and pharmacies. People will be banned from going more than 1km (0.6 miles) from their homes for reasons other than those approved by the authorities.

Rallies and open-air prayers will be limited to 20 people and must take place no more than 1km from one’s home. Synagogues will be closed, except for Yom Kippur prayers. Public transportation will be operating in a “reduced format.”

Ynet news website reported that the government has effectively declared a state of emergency, allowing police to fine protesters for not observing social distancing rules.

The restrictions are set to end on October 10 but may be extended in the future. Prime Minister Benjamin Netanyahu said on Wednesday that “the goal is to reduce the rate of infection, and the goal is literally to save many lives in Israel.”

Israel became the first developed nation to impose its second national lockdown last week. Schools, hotels, shopping malls and restaurants have remained closed since September 18. However, people were allowed to leave for work, exercise, attend public prayers and demonstrations. The new rules are designed to remove these exceptions.

The country started gradually lifting quarantine restrictions in May after Netanyahu spoke about “major success” in containing the coronavirus. Several large protest rallies were staged throughout the summer against the PM who had been indicted on corruption charges which he denies. The government was then forced to bring back the restrictions as the infection rate surged.

Political opponents accused Netanyahu of using the lockdown to quell the protests. He, meanwhile, insisted that his priority is saving lives. Miki Zohar, a lawmaker from Netanyahu’s Likud party, said “there is no right to exist for a government leading [the country] into the abyss via despicable populism that harms public health and endangers the state.”

Israel has had 203,136 Covid-19 cases since the start of the outbreak and 1,316 deaths, according to government data.