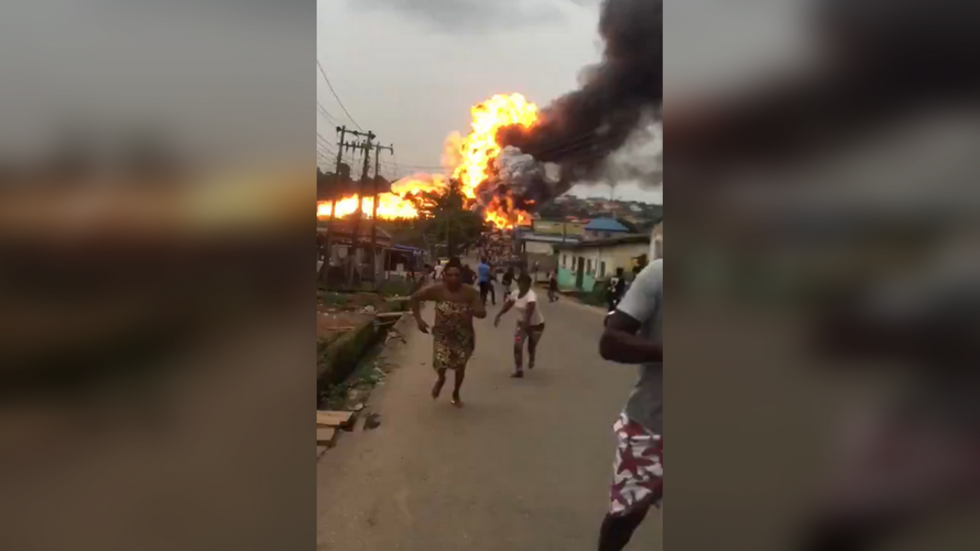 A major explosion has occurred outside Nigeria’s largest city, Lagos, after a gas tanker caught fire. Footage from the scene shows heavily damaged buildings and vehicles, and reports say multiple people have been injured.

The incident occurred in the town of Ajuwon, to the north of Lagos, on Thursday. Multiple videos from the scene show a gas tanker truck on fire, emitting a thick plume of black smoke. The vehicle was apparently parked by a refueling station, which likely added to the blast’s power.

The truck fire drew a large crowd of onlookers, who flocked to the scene of the accident.

As the people were heading towards the burning vehicle, it emitted a large column of fire and suddenly exploded.

Multiple people have reportedly been injured. The blast has also caused heavy damage to buildings nearby.

Scores were left injured on Thursday afternoon after a gas tanker exploded around Ajuwon area of Lagos state.The inferno which rocked the environs destroyed cars, razed down an events centre and burnt a section of the market close by. #LegitPosts 📸: Dolapo Amodeni pic.twitter.com/oHcsy5XSir

While official figures are not yet available, local media said “scores” of onlookers were caught in the blast. A graphic video circulating online shows at least one badly burned individual being carried away from the scene.