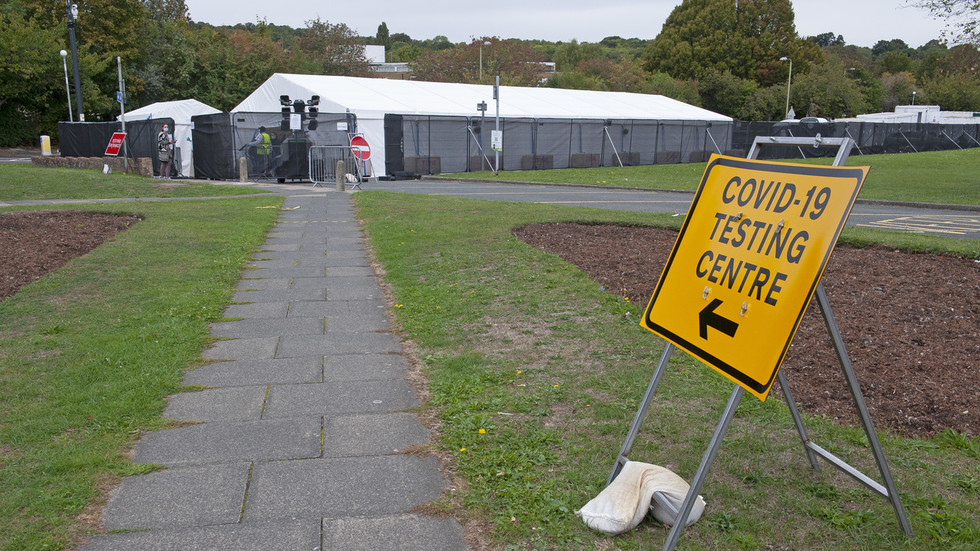 The UK and France have both reported their highest-ever daily total of coronavirus cases since the beginning of the pandemic, confirming that the ‘second wave’ of the deadly virus is well and truly in full swing.

The UK recorded some 6,634 new coronavirus cases on Thursday, the highest daily figure yet. The country’s total Covid-19 tally has surpassed 400,000 cases, with nearly 42 thousand deaths.

The vast majority of the new cases – 5,632 – come from England, the official figures show. Scotland has reported 465 new patients, Wales 348 and Northern Ireland only 189. Some 40 people succumbed to the disease during the past 24 hours, bringing the nation’s total death toll above the 41,900 mark.

Also on rt.com ‘You’ll have to drag me off, man’: British police kick passenger off train after forcing him to wear face mask (VIDEO)

The new number is higher than the previous record, which was registered during the first peak of the virus spread in spring. It also constituted an increase of around 500 compared to yesterday’s total of 6,178.

The ‘record’ comes as Health Secretary Matt Hancock warned that up to 10,000 people are contracting the dreaded disease across the country every day.

“That’s too high but it is still much lower than in the peak,” he told Sky News on Thursday, adding that such numbers are still lower than the spring when it was estimated that around 100,000 people were catching it per day (though only a fraction of those were being found through testing).

According to Britain’s official coronavirus tally, there have been some 412,000 confirmed cases of the virus across the country since the beginning of the pandemic.

Meanwhile, France reported its own daily coronavirus record. The number of new cases there jumped by 16,096 on Thursday, hundreds more than the previous maximum.

The apparent second surge in the coronavirus spread in Europe comes after the World Health Organization (WHO) reported a record weekly number of fresh cases worldwide. During the week ending September 20, as many as 1,998,897 new cases were registered around the globe.

More than 32 million people worldwide have contracted the disease during the pandemic that has plagued the globe since the beginning of this year, the latest statistics by the John Hopkins University show. The total coronavirus death toll is rapidly approaching the one million mark, currently standing just below 980,000 deaths.